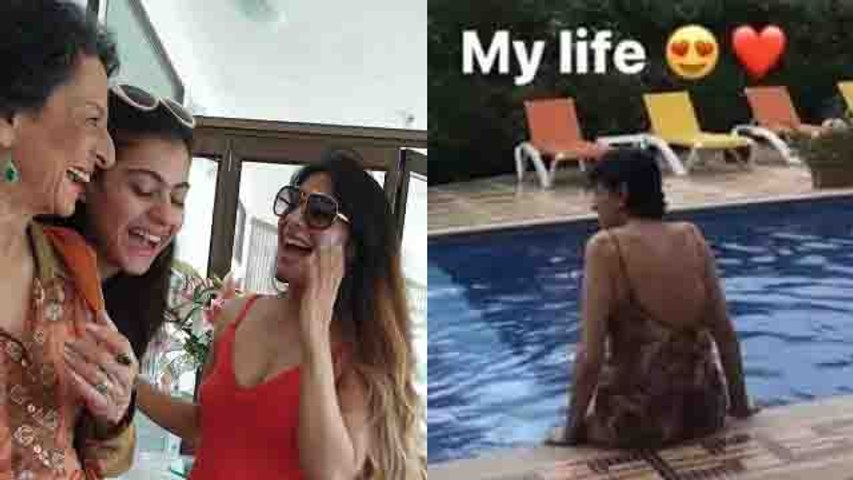 Kajol had always been quite vocal about how much she loves her mom, veteran actress Tanuja. As Tanuja turned 75 today, Kajol shared a special video which had her mother's photos with '75 and fabulous' embossed on them.

Sharing the video, Kajol wrote, "Wishing my awesomely super mom an awesomely super birthday . She's the one who taught me what the super in superwoman stood for!" (sic) Watch the video here.

While a few had Tanuja posing by herself, a lot of photos saw the veteran actress alongside her beloved daughters, Kajol and Tanisha.

Tanisha wasn't far behind when it came to showering love on her mom. While she left love emojis on the video Kajol shared, she shared a candid photo of her own where she is seen with Kajol and Tanuja. "Happy birthday my darling mother....we are because of you! @kajol #tanuja," (sic) she wrote.

In an earlier interview, Kajol had talked about her childhood and said, "I remember getting slapped a lot by my mother when I was a kid. When my daughter Nysa was born, the first thing I told my mother was 'I don't know how you took such good care of me and brought me up so well. I can never thank you enough for everything you have done for me. Now that I have become a mother myself and bringing up a child that I have understood how difficult a task this is. It is not just about giving them a bath or taking care of their daily needs, it is about the responsibility and inculcating the right values in them."

Now, isn't this all so sweet? Do let us know in the comments below.