It's raining first looks! After giving us the first sneak-peek of Varun Dhawan's larger-than-life avatar as Zafar in Karan Johar's production 'Kalank', the makers have now unveiled Aditya Roy Kapur and Sanjay Dutt's first look from the film.

Speaking about his working experience on the multistarrer, Aditya had earlier shared, "I get to observe how each actor works and there are more people on the set to share a joke with (chuckles). Varun (Dhawan) and I were recently on a three-day outdoor and had a lot of fun. Instagram is a world that I don't understand but Varun knows it well. He's always posting something and I became his partner-in-crime. Having Madhuri ma'am and Sanjay (Dutt) sir in the film makes things more exciting."

The makers also unveiled Sanjay Dutt's first look from this period drama. The actor took to Twitter and wrote, Humbled to play a magnificent character in this magnum opus. Here's Balraj! #MenOfKalank."

Indeed, the #MenOfKalank have definitely raised our excitement levels for this movie soaring high. Now, we just can't wait for the makers to reveal Madhuri Dixit, Alia Bhatt and Sonakshi Sinha's look from the film.

Earlier, Karan Johar had shared, "Kalank has been an emotional journey for me! A germ of an idea that I had nearly 15 years ago...a film that was in a pre production stage helmed by my father...am now proud to pass it onto the extremely capable and visionary hands of our director Abhishek Varman! A beautifully structured story by Shibani Bathija and an exceptionally fluid narrative and screenplay by Abhishek."

Helmed by Abhishek Verman, the film is slated to release in April 2019. 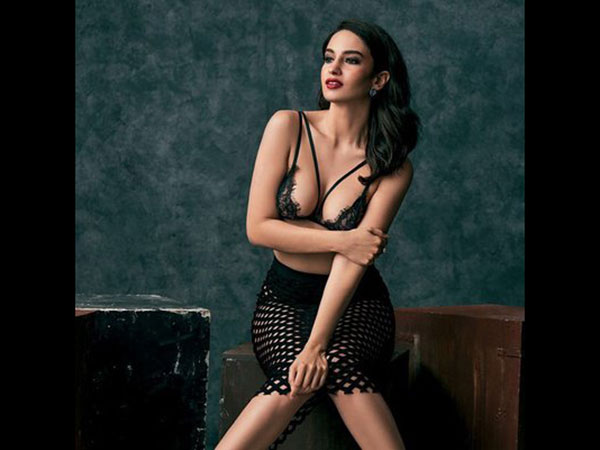