Kangana Ranaut and her sister, who also happens to be her spokesperson, Rangoli Chandel, is all guns blazing for Bollywood celebs. From targeting Alia Bhatt to Deepika Padukone, the duo is leaving no stones unturned to stir a controversy. In her recent tweets, Rangoli Chandel targets Deepika and also mocked at her break-up, depression and marriage.

It all started, when Kangana Ranaut's upcoming film, Mental Hai Kya was targeted by TILL foundation and they had tweeted, "It is time we put an end to the use of words, imagery and/or the portrayal of persons with mental illness in a way that reinforces stereotypes. Many millions who suffer with mental illness in India already face tremendous stigma. Therefore, it is extremely important to be responsible and sensitive towards the needs of those suffering."

Rangoli Reacted To TILL Foundation’s Tweets

"Dear @TLLLFoundation Ms Ranaut who is recipient of three national awards and one f the driving forces of feminism movement in India through her films like Queen & Manikarnika is one f the most responsible artists,to jump the gun & assume the worse is nothing bt immature.."

"All I can say is that for Manikarnika we held screenings for school children in many states of India after MHK we would like to do the same with you ...." [sic]

"Genre of the film is such ( thriller ) that we cant reveal the exact plot or the parts that the characters are playing but of course we will acquire all the certificates we need to in order to show case the film to public.... (contd)

please don't be Karni Sena, don't jump the gun, I assure you, you will love the film 🙏 @TLLLFoundation." [sic]

"I have a feeling after MHK you will remove @deepikapadukone & get Kangana on board as your brand ambassador, her sincere effort to bring awareness to the cause and sensitive portrayal of the condition will leave such an impact on you😜😘... @TLLLFoundation. On a serious note please support us this is an important film🙏" [sic]

"Anyway @deepikapadukone was despressed many years ago when her break up happened, now she is a happily married woman who is enjoying marital bliss...(contd) @TLLLFoundation"

"..whereas Kangana after Jhansi ki Rani proudly wearing the title of Mental,being a young woman its not easy, think about it please, we would like you all to join hands with us, spread awareness and help remove embarrassment and shame attached to this word🙏🏻 @TLLLFoundation" [sic]

Nars @NaimaH56: "This has got to be the most ignorant tweet by you. Your tweets are often true but harsh but this is one is ignorant. Depression is a life long disease. It's not suddenly triggered and cured by events in life. Please don't be like this."

Avi @talkingsparrows: "What rubbish? Can't believe this is coming from someone who claims to be educated and has herself survived from a catastrophic event. Speaking about someone's mental health issues and treating it with such casualty is wrong on so many levels." [sic]

Netizens School Rangoli That Depression Has Nothing To Do With Marriage

Rishu @rishuu_ar: "Depression can happen to anyone mam!! It doesn't have to be associated with a break up and end with marital bliss!! It can overlap or overshadow all of this!! People in happy marriages can become depressed!! Life situations could trigger it but don't put a start or stop to it!!" [sic]

Sonai @monogirl123: "Learn about depression . Just don't sell movie with an important issue . It's doesn't happen due to breakup." [sic]

Aryab Chaki @AryabChaki: "Shame on both of you for stating reasons of her now cured mental illness without knowing the reason and consulting her. Did she discuss with you what caused her depression or did you take DP's permission before stating it in public? Now see why you're pathetically irresponsible." [sic] 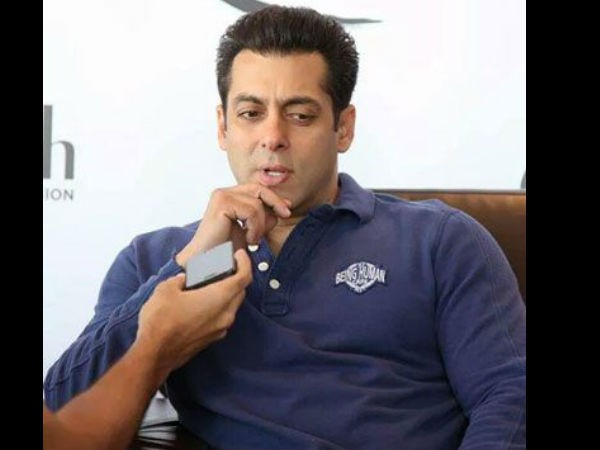 Salman Khan Decides To NEVER EVER Get Married