Even before Vijay Deverakonda's 'Dear Comrade' could hit the theatrical screens on July 26, Karan Johar bought the Hindi remake rights of the film. The director-producer had confirmed this news by making a formal announcement on social media. While speculations about the film's cast did the rounds, the makers clarified that they are yet to zero in on the names.

According to a report in Bollywood Hungama, Karan paid a whopping amount to obtain the Hindi remake rights of the Vijay Deverakonda starrer. Scroll down to read details.

KJo Paid This Record Amount For The Remake Rights

The Bollywood Hungama report stated a source as saying, "Along with Karan Johar, Sajid Nadiadwala, Bhushan Kumar, Murad Khetani and Vijay Galani were also bidding. But KJo got the rights as he agreed to pay Rs 6 crore. The other producers decided to back out on hearing this figure."

The source added, "Also, KJo has been friends with Vijay and that must have also helped. No remake rights of a South film have ever been sold for such an amount. Not even of commercial and family entertainers like Temper (remade as Simmba) or Muni 2: Kanchana (being remade as Laxmmi Bomb)."

Is The Blockbuster Success Of Kabir Singh The Reason For This?

"Vijay Deverakonda was the lead in Arjun Reddy, the film which catapulted him to stardom. Kabir Singh was the remake of this film. Vijay is also the lead in Dear Comrade and this film seems a bit in the Arjun Reddy zone. The Dear Comrade trailer indicates that Vijay is the brash, impulsive college student who falls for a girl and then suffers an extreme heartbreak. Hence, both films have an uncanny resemblance. The producers of Bollywood realized that if Kabir Singh can earn close to Rs 277 crore, that too with Shahid Kapoor, then Dear Comrade's Hindi remake will also have the potential to score big," the source further said.

Hindi Remake Of Dear Comrade Was Offered To Vijay Deverakonda

In a recent interview with Film Companion, the actor revealed that Karan Johar offered him the remake, but he turned it down. He was quoted as saying, "Because I didn't want to become Hindi film hero, I wanted to become an actor, tell stories, and I feel no point in telling the same stories twice. I spend so much energy on a film I do it... I can't redo entire emotions...It's not exciting for me because I know the scenes. I wouldn't want to waste six months doing the same." 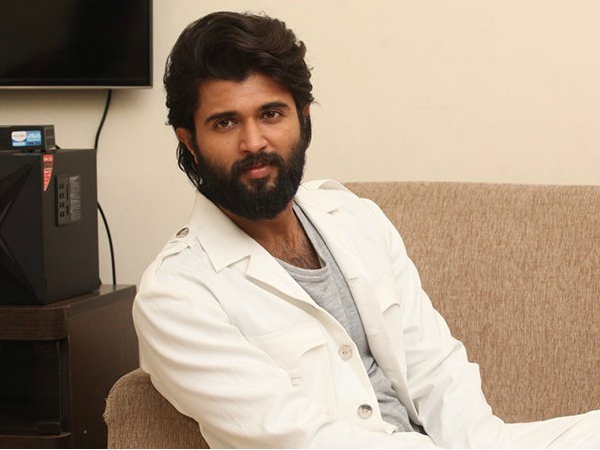 Vijay Deverakonda Doesn't Want To Be A Hindi Film Hero; Reveals Why He REJECTED 'Kabir Singh'!