At the airport today, we snapped Karishma Kapoor returning from her family vacation in Dubai. Her mother Babita and her kids were with her. On the other hand, Aparshakti Khurrana was looking cool in his airport look today while he was traveling with his parents. Actor Anupam Kher was also spotted at the airport. Check out today's airport spotting!

Karishma Kapoor and her family were returning from their trip to Dubai. Karishma was sporting a casual airport look with minimal make up. She wore a black hoodie, with black pants and sneakers. Karishma had a cameo in the recent movie Zero, where she shared screenspace with the legendary actrss, Late Sridevi. Karishma had posted a few photographs of herself and Sridevi on the sets of Zero, with an emotional caption.

Karishma enjoyed a New Year vacation in Dubai with her children Samiera Kapoor and Kiaan Raj Kapoor, and her mother Babita. The family posed for the cameras at the airport. Samiera is wearing a red Stranger Things hoodie and Kiaan looks cute in an all black outfit. Babita looks classy too. Karishma and her kids were recently snapped at the Kapoors' annual Christmas brunch a few days ago.

Actor Aparshakti Khurana looks cool in his airport look while he travels with his parents, P. Khurrana and Poonam Khurrana. Aparshakti is seen wearing a blue t-shirt with a green jacket over it and funky black pants. He completes his look with a pair of yellow tinted glasses and a hat. His parents are both donning ethnic looks. The family pose for shutterbugs at airport.

Veteran actor Anupam Kher was also snapped at the airport. Anupam looked simple in a white shirt, blue denims and sneakers, and was sporting an Adidas hat. Anupam is all geared up for his next big movie, The Accidental Prime Minister, which is a political biopic on the former Prime Minister of India, Dr. Manmohan Singh. The movie's trailer got into a political controversy when it was released, but Anupam has stood his ground and said that he wouldn't back off from it. The Accidental Prime Minister will release on January 11th, 2019. 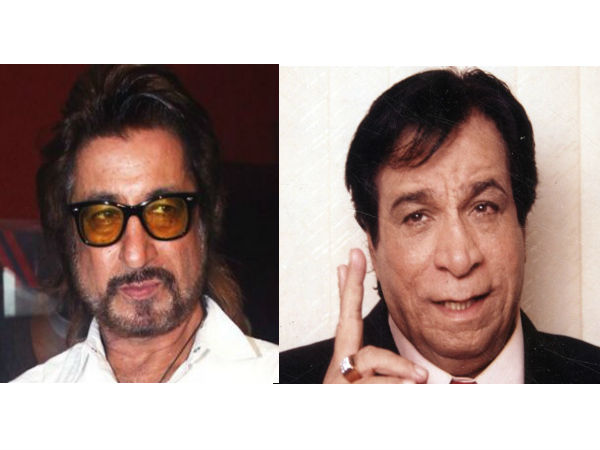 MOST READ: Kader Khan Was Lonely; Nobody Was Concerned About Him: Shakti Kapoor