If reports are to be believed, Dostana 2's shoot in Delhi has been cancelled due to pollution in the national capital. Apparently, a thick blanket of smog made it difficult for the team to shoot.

The film has Kartik Aaryan, Janhvi Kapoor and newbie Lakshya in the lead roles. Bollywood Hungama quoted a source as saying, "The cast and crew couldn't breathe. Visibility was so low that the camera couldn't capture the shots properly. It was a no-win situation. The team decided to disperse until the weather improves."

Kartik Aaryan shared a picture on November 9 and made an announcement stating that the movie went on floors in Chandigarh. He shared the picture of a clapboard and captioned it, "#Dostana2 Begins !!!"

The film has been written by Navjot Gulati, Sumit Aroraa, Rishabh Sharma and D'Cunha. Collin D'Cunha will be starting his career as a director with Dostana 2.

The first instalment of the film was released in 2008 and had Priyanka Chopra, Abhishek Bachchan and John Abraham in the lead roles. The original film, which was directed by Tarun Mansukhani, was the story of two men who were a make-believe gay couple. They enacted their love for each other constantly throughout the film in order to secure an apartment.

However, it becomes a triangular love story when both of them fall for the same girl. When they go all-out to win her heart, they realise she loves someone else. While Abhishek Bachchan and John Abraham played the role of the fake gay couple, Priyanka Chopra played the female lead.

Dostana was not welcomed by a set of the audience as the plotline dealt with the less-talked-about subject of homosexuality.

Thick smog in Delhi has been causing hurdles for movie makers. The shoot of Vijay starrer Thalapathy 64 in the national capital was also cancelled for the same reason. Actor Priyanka Chopra too had posted a picture on social media, where she was seen wearing a face mask. She had expressed concern over the pollution in Delhi, where she was stationed for the shoot of her Netflix film, The White Tiger, in which she's co-starring with Rajkummar Rao. 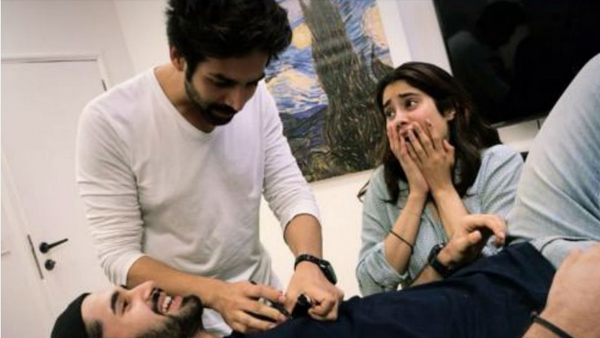 ALSO READ: Dostana 2: Kartik Aaryan, Janhvi Kapoor And Lakshya Goof Around While Prepping For The Sequel