Kartik Aaryan is on a roll! After delivering back-to-back hits, the actor has some interesting films lined up next, belonging to different genres. The 'Lukka Chuppi' star recently confirmed starring in a sequel to Akshay Kumar's 'Bhool Bhulaiyaa'.

When the film was announced, while some expressed their excitement over Kartik's first horror comedy, there were a few netizens who were miffed with the makers replacing Akshay in the sequel.

Recently while speaking with Bollywood Hungama, director Anees Bazmee revealed why he chose to cast Kartik in the film.

Kartik Was Cast In 'Bhool Bhulaiyaa 2' Because Of This Reason

The filmmaker told the entertainment portal, "We've finalized Kartik for the lead in 'Bhool Bhulaiya' sequel. I feel he has tremendous aptitude for comedy. At the same time he can look most vulnerable and almost childlike on screen just like Akshay Kumar."

The Rest Of The Cast Is Yet To Be Announced

Anees further added, "I am yet to sit down with my producers Bhushan Kumar and Murad Khetani to decide on the rest of the cast and crew. But I can tell you this. My 'Bhool Bhulaiyaa 2' would be done in my style."

Will Akshay Kumar Have A Cameo In The Sequel?

When the film was announced, there were various speculations about the Khiladi Kumar making a special appearance in the sequel. However, it turns out these are mere rumours. We hear 'Bhool Bhulaiyaa 2' is not connected to the first film of that title at all.

After signing 'Bhool Bhulaiyaa 2', Kartik had opened up about replacing Akshay in the sequel and said, "Bhool Bhulaiyaa has been one of my favourite horror comedies. Being part of Bhool Bhulaiyaa 2 makes me happy, especially because I've been a big fan of Akshay Kumar sir. It's a big responsibility to take his franchise forward." 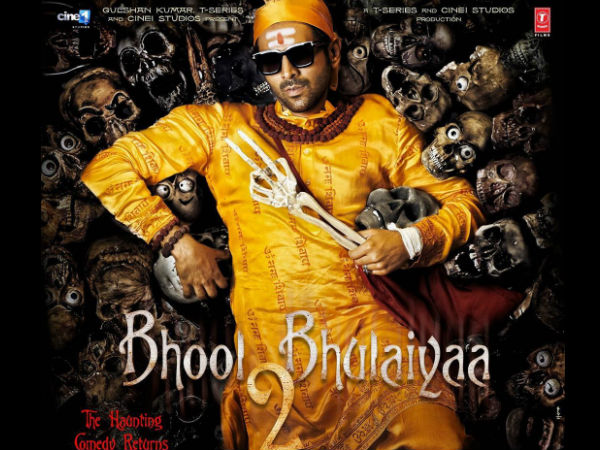