Katrina Kaif has worked with several big leading names in Bollywood including Shahrukh Khan, Salman Khan, Aamir Khan, Akshay Kumar and others. But do you folks know that before making it big here, the actress teamed up with South superstar Thalapathy Vijay for a soft drink commercial?

Recently when the 'Bharat' actress appeared on celebrity stylist Anaita Shroff Adjania's talk show 'Feet Up With The Stars', she recalled her first meeting with Vijay on the sets of an ad shoot and how she was completely stumped by his humble nature.

Sharing that she was in disbelief of how polite Vijay was, the actress revealed that she wasn't aware of his stardom and realised only later that Vijay is a huge name down South.

Katrina Walks Down The Memory Lane

Narrating an incident from Ooty where she was shooting with Vijay for an ad, instead of calling her or taking her name, he waited for her to look up from her phone screen to bid her goodbye.

Katrina recalled, "We were sitting on the floor when we were shooting in Ooty. I was very, very cold. I was on my phone and I see in front of me these two feet.

I thought it must be someone standing and I didn't bother to look up. So I'm on my phone and after some time, I still see these feet. Finally, I have looked up and I see that it's the guy in the ad with us. He's a South superstar, his name is Vijay. He was so polite, he was waiting not to disturb me to say goodbye."

On the show, Katrina even said that that she would love to do a special dance song with Deepika Padukone, before jokingly adding, "Coming soon!"

Speaking about films, Katrina will be next seen in Salman Khan's much-awaited flick, 'Bharat'. The actress also recently signed Rohit Shetty's Suryavanshi opposite Akshay Kumar. It looks like Kat has an interesting line-up of films coming up next. 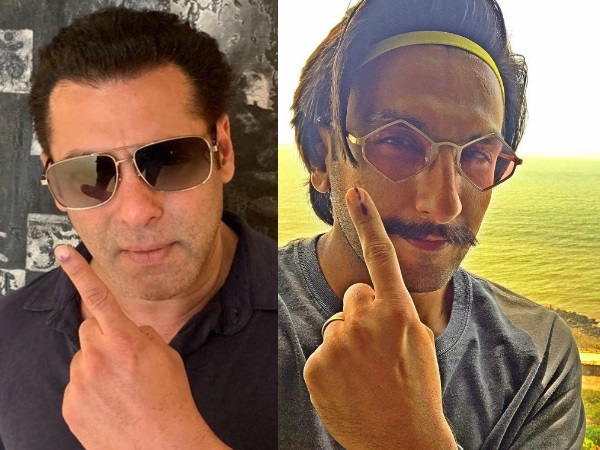