Salman Khan and Katrina Kaif bond with each other quite well despite their personal past. The actress has been in the industry for 15 years now and over the years, she has emerged as one of the most popular leading ladies in Bollywood.

On the professional front, Salman and Katrina have worked together in many blockbuster films and are now all set to share screen space once again in Ali Abbas Zafar's Bharat. Recently in an interview with Pinkvilla, Katrina got candid about her equation with Salman has evolved over the years, working with Ali Abbas Zafar, her metamorphosis and much more.

'There's No Sense Of Us Taking It For Granted'

"The best thing about me and Salman coming together to work is that there's no sense of us taking it for granted. We don't go to the sets thinking, 'dekhte hai'.

He knows that I'm going to come after putting 1000% of my time and effort behind finding the character, doing my prep. He has that confidence in me and I know when he comes, he's going to come up with something unique.

However, well, I know him or whatever our equation is, when we come on a set, we both come respecting that this is the producer and director's place and not a playground."

Salman & Katrina Share The Same Mindset When It Comes To Work

"It's not about fun and games but a professional territory. We come and we do our scenes and rehearsals. That's how we work well together. There's no sense of taking anything easy or for granted.

Also, we both have the same mindset when it comes to work. There's no discount from the audience. They aren't ready to give you that leeway anymore. You have to bring your heart and soul to a film."

'There's A Certain Responsibility On Us'

"Sometimes, the audiences are a lot more forgiving and gentle when you're starting out. Now, there's a certain responsibility on us to deliver something of a certain standard to our audience. We both feel that."

On Working With Ali Abbas Zafar

"He is one of those directors who bring out the best in me. When you ask me about the changes that people are noticing in me, the primary reason for that is the character that I'm playing. Ali writes interesting roles for me and I'm super fortunate to have characters like the ones in Zero and Bharat."

"Although I wasn't Ali's first choice and it was Priyanka (Chopra), I'm happy it has come to me. When I read the character of Kumud, I felt there's so much I can do in it and I wanted to immerse myself completely into it. I just hope that I keep getting to play such exciting characters which have enough meat in them."

Katrina On The Changes Within Her

"It's something which doesn't change overnight, but instead, it's a slow change when you start to focus more on perhaps what you're doing and understand yourself a little better. A little more internalisation really helps - it helped me understand who I am, the way I want to function, where I am when work is concerned, and if this is what I am going to be doing."

She further added, "Do I really need to leave a part of me on-screen? I don't think this work is entirely representative of who I am, and now, I have to start bringing who I am to my work. It doesn't mean that I have to influence or change the characters I play.

I would do them as is on paper. But now, I need to bring myself a little more. And who I am today is not who I was four years back. I'm not the same person. So that's possibly the change everyone's noticing in me. 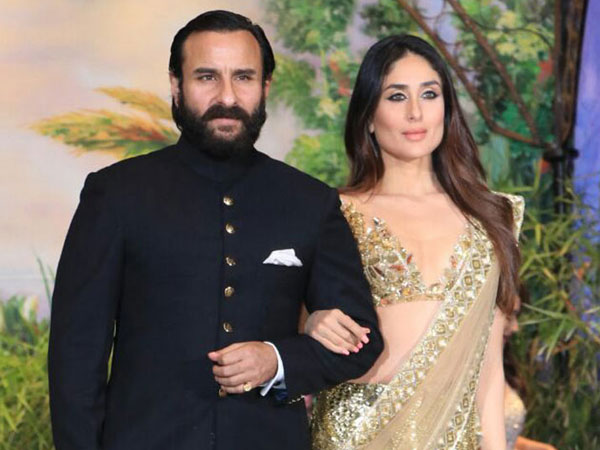 Kareena Kapoor Khan REVEALS Her Mom's Reaction When Saif Told Her They Wanted To Live In Together!