Katrina Kaif is every guy's heartthrob! She has been in the industry for over a decade and has humongous fans and followers. Katrina, who made a recent appearance at Arbaaz Khan's chat show, Pinch, reacted to some of the hilarious comments on her social media pages and we're sure you're going to love her witty replies. Generally, celebs at Arbaaz Khan's chat show are shown the 'mean' tweets, but Arbaaz rather showed a marriage proposal to Katrina from a fan, who also called her 'bewafa' and said he will die without her. Read on to know how Katrina reacted to it...

Here's What The Fan Wrote...

A fan wrote, "Give me your number and make marry with me bewafa Katrina. I am your deep love and I will die without you."

To which, Katrina responded, "It's good to know that there are certain people who are feeling this kind of intense emotion. In today's day and age, I feel everyone's all about being balanced and not taking anything too seriously."

Katrina Faces A 'Mean' Comment Regarding Her Item Numbers

A fan wrote, "Every time a Bollywood actress does an item number, we set women back a decade."

Katrina, who has performed dance numbers such as Chikni Chameli and Sheela Ki Jawani, said, "I have a slightly different viewpoint on this, being someone for whom dance is a big part of life. I don't view my songs as item numbers. They are not. Because dance is an art form, it's an expression."

When asked when is she planning to get hitched, she said, "No clue. I am taking one day at a time. Life is unpredictable. We don't know what happens."

Does She Believe In Marriage?

Asked if she believes in marriage and wants to settle down someday, the Zero actress said, "As a person, I do believe in the institution of marriage and having kids. That I do."

Katrina On Being Called Monotonous & Repetitive

When a user criticized the actress by calling her monotonous and repetitive, while praising her dancing skills and amazing body, Katrina reacted to the criticism in the positive way and said, "You know, actually more than anyone, I agree with Poornima (fans' name) here in the fact that in our industry, people like to stick with what has become successful and what has worked."

"So I myself constantly try... Every time someone mentions the word 'song' to me, my antenna goes up and the first thing I think of is, 'Guys, it has to be something new. It has to be something different and visually refreshing.' Because I have done these things," added Katrina.

'I've Done Something In Each Genre'

"If we were to rewind before Sheila Ki Jawaani, I would not have had done these things. I have been fortunate enough to work with the best choreographers, from Saroj Khan ji to Farah Khan to Vaibhavi Merchant to Bosco-Caesar to Ahmed Khan.

I have taken something from each person, which for me has been a lesson. I have done something in each genre. Not only for the audience, but for myself, when I come in on a set, I have to feel something different," she concluded. 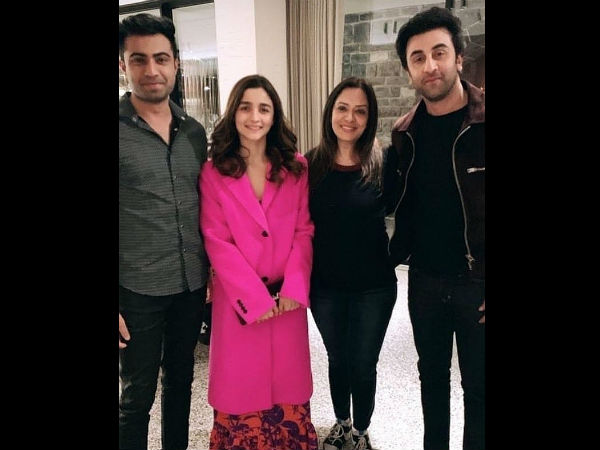