With the release date of Saif Ali Khan's 'Laal Kaptaan' inching closer, the makers have now released the second trailer of the film after the intriguing first one. The new sneak-peek gives a more detailed insight into the film's plot.

In the second trailer, we get a glimpse of Deepak Dobriyal's character, who plays a tracker with the ability to sniff out his prey. He also has two hounds with him for work. Saif who is seen sporting long locks of matted hair and unkempt beard is assigned the task of bumping off someone by Sonakshi Sinha's veiled character.

The one-and-a-half minute clip titled 'The Chase' raises our excitement levels for the film by several notches. Spilling the beans about Sonakshi Sinha's character in the film, director Navdeep Singh had earlier revealed that she has a special appearance but it's very pivotal to the plot. He said, "I wanted somebody who would leave an impression, someone with star quality and appeal. Sonakshi fit the bill perfectly. I'll leave her part as a mystery."

Saif Ali Khan plays the role of a Naga Sadhu in this film which also stars Zoya Hussain, Manav Vij and Simone Singh. 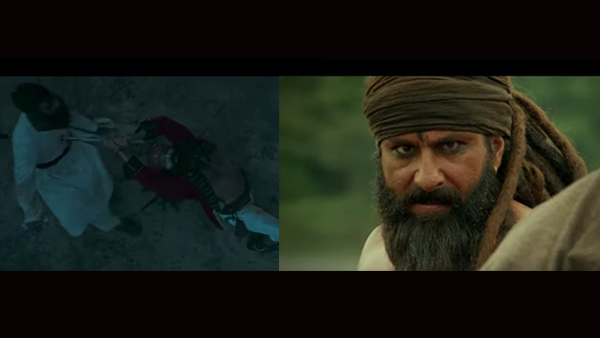