When it comes to taking up challenging roles, Akshay Kumar has never shied away from stepping out of his comfort zone. The actor will be seen in the remake of Raghava Lawrence's Tamil horror-comedy 'Kanchana' titled 'Laxmmi Bomb'. Kiara Advani plays the leading lady.

While the film has already hit the shooting floors, the superstar recently dropped a surprise on his social media page.

Sharing his first look from the film, the 'Mission Mangal' actor wrote that he is both excited and nervous to play the character of Laxxmi. His caption read, "Navratri is about bowing to the inner goddess and celebrating your limitless strength. On this auspicious occasion, I am sharing with you my look as Laxmmi. A character I am both excited and nervous about... but then life begins at the end of our comfort zone... isn't it? #LaxmmiBomb."

In the still shared by Akshay, the actor is seen dressed in a red sari and sporting an intense look, standing next to a Durga idol with Mahishasura at her feet.

Spilling details about the film's plot, a Mid-Day report earlier quoted a source as saying, "While Akshay plays the protagonist who gets possessed by the spirit of a transgender, Kiara will portray the superstar's girlfriend in the movie. Although the female lead did not have a significant role in the original version, Kiara will enjoy a substantial part in the adaptation. The script too has been tweaked to suit the sensibilities of the Hindi film audience."

'Laxmmi Bomb' had earlier hit a controversy when Raghava Lawrence stepped down as director after the makers unveiled the film's first look poster without his knowledge. Later, Akshay Kumar intervened and things were sorted out. Lawrence retook the project and thanked the actor and producer Shabina Khan for "sorting all issues" and "giving him respect."

Produced by A Cape of Good Films and Fox Star Studios, in association with Shabinaa Entertainment & Tusshar Entertainment House, this Akshay Kumar-Kiara Advani starrer is slated to release on June 5, 2020. 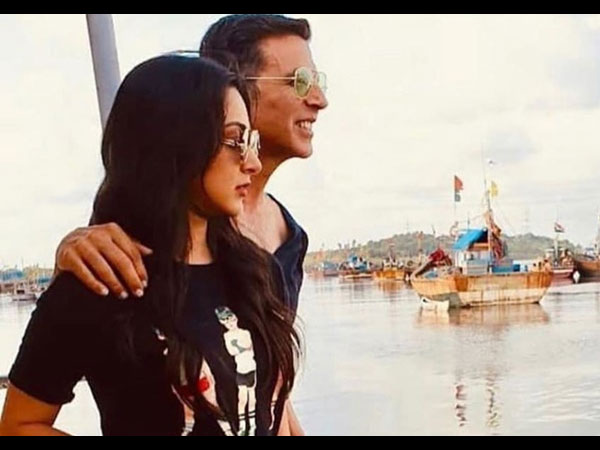