The makers of Kartik Aaryan-Kriti Sanon starrer Luka Chuppi have released the third track from the film titled 'Photo' after two recreated songs- 'Poster Lagwa Do' and 'Coco Cola'. The recently-released number is a romantic song which is just perfect to dedicate to your loved ones.

The song has the lead-pair Kartik and Kriti enjoying the first pangs of love and their chemistry leaves you with a warm, fuzzy feeling. With vocals by Karan Sehmbi and Goldboy, 'Photo' has been penned by Karan Sehmbi.

Speaking about the song, a Bombay Times report quoted producer Dinesh Vijan as saying, "Photo has a timeless melody. It's a beautiful expression of love, which has been enhanced further by the chemistry that Kriti and Kartik share on screen. Sometimes, an X-Factor is created when two people come together, and this song just makes you want to fall in love again."

Speaking about the film, Kriti earlier told DB post, "This script attracted me a lot. I did not go with any notion as to how the film is going to be, I simply found it very entertaining. Whenever you do a rom-com, the most important thing is content. It has to have a conflict to create a story. In this film the girl decides to be in live-in relationship with a person and his family."

"My character belongs to a political family who make sure that couples don't meet on Valentine's Day. When the guy is ready to marry her, she insists to be in a live-in relationship; it is usually other way round. There have been films on this subject, but they have never been based on characters from small towns. The way film is written is interesting; Rohan Shankar (writer) has done a fabulous job. It is a situational comedy. It is not like you are cracking a joke just for the sake of it."

Directed by Laxman Utekar, Luka Chuppi is slated to release on March 1 and will lock horns at the box office with Sushant Singh Rajput-Bhumi Pednekar starrer Sonchiriya. 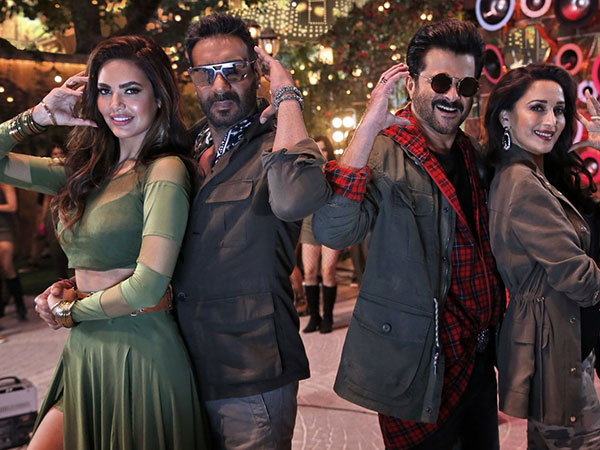