Kriti Sanon and Kartik Aaryan's latest movie, Luka Chuppi has won the hearts of audiences and is doing very well at the box office. Celebrating the success of the movie, the cast and crew of Luka Chuppi held a bash on Tuesday night which was attended by many Bollywood celebrities. Kartik Aaryan, Kriti Sanon, producer Dinesh Vijan, director Laxman Uttekar, Sunny Leone and her hubby Daniel Weber, Rajkummar Rao and Patralekha, Chunky Pandey and many other celebs attended the party. Check out all their pictures!

Kriti Sanon looked very pretty in a shimmery silver and light blue dress. She went with a pair of purple stilettos to complete her look.

Kartik Aaryan struck a pose for the shutterbugs at the success bash of Luka Chuppi. He sported a printed shirt with jeans, over which he wore a stripped green jacket and went with a pair of black sneakers to complete the look.

Rajkummar Rao and his girlfriend Patralekha were also present at Luka Chuppi's success party. Rajkummar looked peppy in a colorful sweatshirt and jeans, whereas Patralekha was shimmering in a sequined rainbow colored dress which she accessorized with a Gucci belt.

Sunny Leone and her hubby Daniel Weber posed for pictures being clicked by the paparazzi at Luka Chuppi's success party. Sunny wore a white t-shirt which read trouble maker, with a pair of green pants. Daniel looked handsome in a black shirt with black denims and black sneakers.

Radhika Madan stunned in an electric blue off shoulder dress at Luka Chuppi's success party on Tuesday night. She chose a pair of nude stilettos to compliment her outfit.

Chunky Pandey was present at Luka Chuppi's success party on Tuesday night. He wore an animal printed shirt with denims.

Pankaj Tripathi With His Wife

Pankaj Tripathi and his wife Mridula Tripathi attended Luka Chuppi's success party on Tuesday night and posed for the shutterbugs. 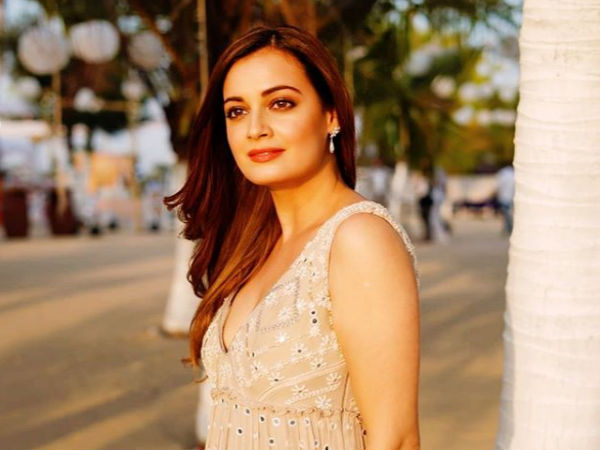 MOST READ: Dia Mirza: A Girl Does Not Have To Seek Permission From A Man To Explore The World