Kartik Aaryan and Kriti Sanon are all set to make audiences laugh with their upcoming movie Luka Chuppi. The movie, from looking at its trailer, seems to be a quirky and hilarious take on live - in relationships. The trailer has got everyone buzzing with excitement for the movie which is set to release on March 1st. On Monday afternoon, Kartik Aaryan and Kriti Sanon posed for the cameras while promoting the movie and had loads of fun at the event. Take a look at the pictures!

Kriti Sanon looked so beautiful while promoting her upcoming movie Luka Chuppi on Monday afternoon. She wore a yellow animal printed sun dress over which she wore a netted black cardigan, and accessorized with a black waist belt. She wore black stilettos to match her outfit.

Kartik Aaryan posed for the cameras in a casual avatar, wearing a black sweatshirt and denims, with which he wore a pair of black sneakers. He has really been a busy bee promoting Luka Chuppi as he attends a promotional event almost every day.

The two launched the latest song from the movie, called Tu Laung Main Elaachi on Monday. The track is a remixed version of Neeru Bajwa and Ammy Virk's 2018 song of the same name. Sung by Tulsi Kumar, the song is composed by Tanishk Bagchi. The song is a wedding track and it looks like it is about to become quite a popular track just like Coca Cola and Poster Lagwa Do from the movie.

How Kriti And Kartik Got On Board

The movie is directed by Laxman Utekar and produced by Dinesh Vijan. Talking about how Kartik and Kriti came on board for the movie, Dinesh Vijan had told Zoom, "Kriti and Kartik reacted to the script in the same way I did. Things fell into place immediately. We prepared for almost three months and started shooting in August last year and we are releasing the film in March this year. That is the quickest turn-around that has happened. That is because we had a really passionate crew working on this film." 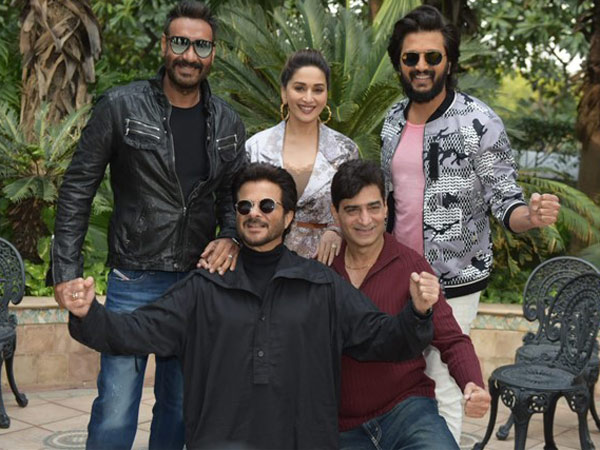 MOST READ: Total Dhamaal: Anil Kapoor, Madhuri Dixit And Others Pose For Pictures During The Film's Promotions