After parting ways in 2016, Malaika Arora and her ex-hubby Arbaaz Khan continue to share a cordial equation. While the former dating Arjun Kapoor, the latter is in a relationship with Italian model Giorgia Andriani. Recently, the actress shared a collage of Arhaan and Arbaaz's childhood pictures on her Instagram story, wondering the resemblance between them.

Malaika shared the collage on her Instagram story and wrote, "OMG! Arhaan ur a xerox copy of ur papa #minime."

On The Other Hand, Arbaaz Says His Son Will Have To Deal With Constant Pressure & Comparison

"He's not openly said that to me but I think that he is has shown some interest in that. But I only hope that there's a difference in taking interest in something and when the focus is stronger because it's a very tough line ya. I think whoever you are, you'll have to come facing a lot of opposition, a lot of setback, things are not going to be easy and the whole thing is that the journey might not necessarily be as fast as you think it is. It may take a while and you have to be patient and you can't constantly compare yourself with your uncle Salman and probably even the years that I have taken to what I have achieved. So you got to be patient."

When Malaika Revealed Arhaan's Reaction To Her Relationship With Arjun

The actress was quoted as saying in a HT Brunch interview, "I believe the best way to approach any situation is with honesty. It's important to tell your near and clear ones what's happening in your life and then give them time and space to understand and process things. We have had that conversation and I am so glad that everyone is in a much happier and more honest space today." 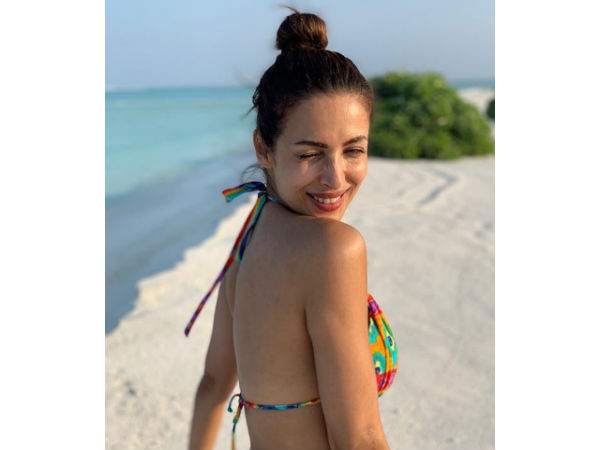 Malaika Arora Opens Up About Love, Says Everybody Deserves A Second Chance