Rani Mukerji left everyone impressed with her powerful act in Mardaani where she took on the kingpin of a child trafficking racket. Now, the actress is all set to return in the sequel as Shivani Shivaji Roy but this time, as the Superintendent of Police who is locked in a vicious battle with a 21-year old merciless villain.

We now have laid our hands upon a new picture of Rani donning the cop uniform in Mardaani 2 that is surely going to add to the excitement already present for the project! Check out the still here.

In the picture, Rani looks bold, defiant and fearless as the top cop who launches an investigation to go head on with this extremely clever and vicious villain.

Mardaani Is & Will Always Be Close To Rani's Heart

Earlier when Mardaani 2 was announced, Rani had issued an official statement that read, "Mardaani is and will always be extremely close to my heart. Right since its release, everyone has asked me time and again when I would be doing Mardaani 2 and I am sure that this announcement will come as a pleasant surprise to them all. Gopi has written an extraordinary script that we all love and I can't wait to start shooting this film soon."

Rani recently headed to Rajasthan for the second shooting schedule of the film.

Speaking about it, director Gopi Puthran said, " It's an intense one-month long schedule in Rajasthan which forms the backdrop to the story of Mardaani 2. Rani's investigation will take her to Jaipur and Kota. Given that we are shooting in peak summer of Rajasthan, it will be physically demanding because Rani will be doing action sequences too. The entire team is thrilled to be shooting in the beautiful state of Rajasthan and we are looking forward to the love and cooperation from the people."

"Working in a Yash Raj film is a dream for any actor. It was so overwhelming to even step into the office. Shooting in the studios was completely surreal, to say the least. And while that took time to sink in, I had Rani ma'am as my co-star. I have most of my scenes with her and it was like a dream come true for me to work with her." 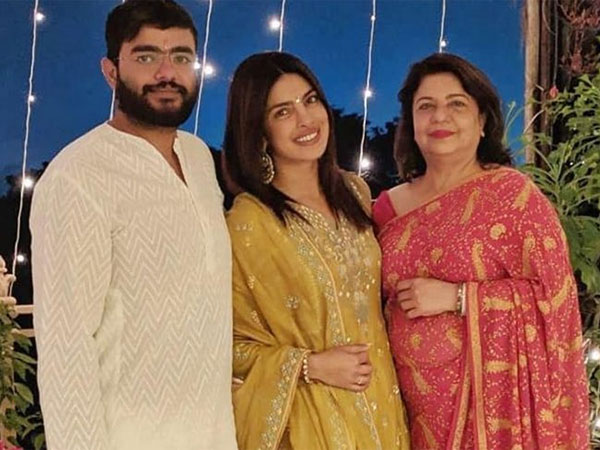 Priyanka Chopra's Brother Siddharth's Wedding Postponed Because Of This Reason?