Kangana Ranaut just doesn't seem to find no end to controversies attached to her off late. She may be one of the best actresses in the Hindi film industry right now, but she somehow always lands up in one or the other controversy. In the latest, Kangana had reportedly refused to shoot for the posters of the film Mental Hai Kya until her solo posters were shot.

According to a report in Mumbai Mirror, it claimed that Kangana Ranaut had stalled the shoot of her next film Mental Hai Kya's posters, until the makers shot her solo posters first. But these reports have now been denied by the film's co-producer Shailesh R Singh who has termed the reports as baseless and even tweeted, "Illiteracy at its peak..We as producers have no such information about solo or duet but this genius has to fill space, so he cooked it...tasteless dish" (sic).

Prior to this, Kangana Ranaut had found herself in endless controversies while shooting for her last film Manikarnika: The Queen of Jhansi, and also post the release of the film. The co-director of Manikarnika, Krish, had accused Kangana of mercilessly taking over the shooting of the film and cutting down scenes of co-actors. But Kangana's sister, Rangoli fiercely stood up for her and denied the claims.

Very recently, Kangana also made a strong statement against Shabana Azmi, implying that she was anti-national, in the context of the Pulwama terror attack which happened on February 14th. Shabana Azmi reacted to this and said, "You really think at a time like this a personal attack on me can be of any significance when the entire country stands as one in our grief and in condemning this dastardly Pulwama attack? May God bless her." 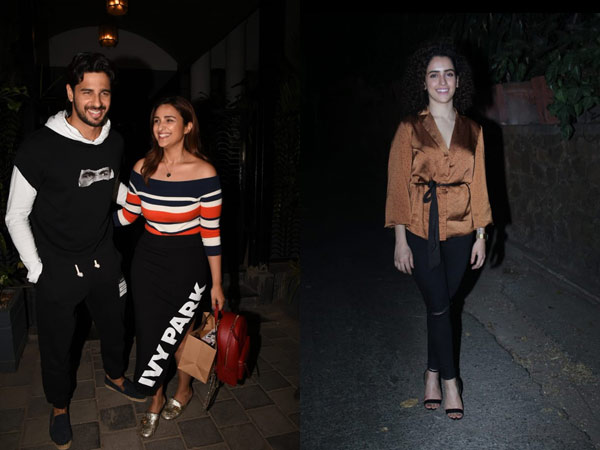