Filmmaker Mira Nair, known for internationally acclaimed works such as Monsoon Wedding, The Namesake, Queen of Katwe, has announced the latest set of actors to join her next project, 'A Suitable Boy'. A Lookout Point production for BBC One, this will be the first screen adaptation of Vikram Seth's international bestseller, penned by the award-winning British screenwriter Andrew Davies, and true to form, Nair has cast a thrilling mix of well-known actors and rising stars in some of the key, supporting roles.

A Suitable Boy tells the story of spirited university student Lata, coming of age in North India in 1951; at the same time as the country is carving out its own identity as an independent nation and how Lata's mother is determined to find her a husband - a suitable boy. But Lata, torn between familial duties and the excitement of romance, embarks on her own, epic journey of love and self-discovery.

Rasika Dugal of Manto, Mirzapur, Humorously Yours and Delhi Crime fame will play Lata's sister Savita who follows the traditional path of an arranged marriage. Savita and her husband Pran, portrayed by Gagan Dev Riar, the Mumbai-based theatre actor and director, play an important part in Lata's life as their deepening bond makes her question her own ideas about love and desire.

Across the story, we also see three very different young men vie for Lata's hand in marriage. The first, the handsome student and star cricketer Kabir, is played by exciting newcomer Danesh Razvi in his first screen role. Starring in his first full TV series, Mikhail Sen will take on the role of Amit, the witty, eccentric poet who also falls for Lata's enigmatic charms. While the ambitious, self-assured shoemaker Haresh, the third of the trio, is played by Namit Das of Wake Up Sid, Sui Dhaaga, Hamari Adhuri Kahani, Ghanchakkar and Patakha fame.

Lata's mother will be played by highly-esteemed Juilliard-trained actor Mahira Kakkar (think American TV shows like Orange is the new Black, The Blacklist, New Amsterdam, The Big C and Law & Order). She has been working in theatre and TV in the US and returns to India for this crucial role. Mrs Rupa Mehra is determined to find her daughter a husband but it will take all her irrepressible energy, charm and determination to find her younger daughter a worthy match.

Playing the character of Savita, Rasika Dugal said, "I have always been mesmerised by Mira Nair's films. The attention to every person in her frame, the sensitivity, gentleness and fun in her work had always driven me to watch her films again and again. Years later, when I got an opportunity to meet Mira in New York at a film festival, I could see where the fun in her films comes from. She is such a kind and vibrant person. Working with her has been on my bucket list. And there couldn't be more joy than to do so with a book like 'A Suitable Boy'. Fortunately, there has been a lot to look forward to this year, but working with her surely tops the list!"

Playing the character of Haresh, Namit Das said, "A Suitable Boy is one of those dream projects that any actor would want to be part of. I play Haresh Khanna, one of my favourite characters in this world created by the genius Vikram Seth. Haresh has a lot of ambition, depth and layers to him, so he is very interesting to portray. My association with Mira continues from the musical of Monsoon Wedding, which I have been working on for four years now. I am really grateful to her, the crew and everyone associated with the project and I feel truly blessed to be doing this alongside such wonderful co-stars."

Playing the character of Pran, Gagan Dev Riar, said, "I am so exhilarated that my first major screen role is with Mira Nair and I really hope I am able to fulfil her vision of Pran Kapoor. He's one of my favourite characters from the novel. He is easy to underestimate, but in fact is a very kind, funny and intelligent man, who comes to be loved by all."

Playing the character of Kabir, Danesh Razvi said, "Working with Mira Nair and such a committed cast and crew has been exhilarating. This is my first big project, and has been a great learning process for me. My character Kabir is a sports star at his university as well as being one of Lata's suitors and his passionate, impulsive approach to love and life is something I am thoroughly enjoying portraying."

Playing the character of Amit, Mikhail Sen said, "Mira was very much one of my heroes growing up and I feel very blessed to be working with her on A Suitable Boy. The cast and crew are amazing! It's all been very serendipitous and part of me still can't believe it's happening. When I read the book a few years ago I fell in love with many of the characters and Amit was one of them. He stayed with me particularly because he is both enigmatic and intriguing. I'm really excited to be bringing him to life."

Playing the character of Mrs Rupa Mehra, Mahira Kakkar said, "Rupa Mehra is a character with grit and grace who has a deep well of feelings, particularly when it comes to her family. She reminds me of many women I knew in my mother's and grandmother's generations. Getting to inhabit her is a gift and feels like an homage to women who could so easily be dismissed, because their concerns were their families' welfare.I first saw some of Miraji's films when I was a kid and was blown away by her visual storytelling, and attention to emotional detail. I had the great fortune to work with her on Monsoon Wedding the musical in its first US incarnation. She is unapologetically brave, ambitious, loving and joyous- it is an infectious energy that all artists crave to be around. I am deeply grateful for this opportunity to work with her again."

As previously announced, newcomer Tanya Maniktala takes on the lead role of Lata while Ishaan Khatter plays Maan Kapoor who is connected to Lata through their siblings' marriage. The versatile Tabu plays the beautiful courtesan Saaeda Bai whom Maan becomes dangerously infatuated with.

The series, which will be distributed by BBC Studios, is filming at a number of locations across India including Lucknow and Maheshwar. 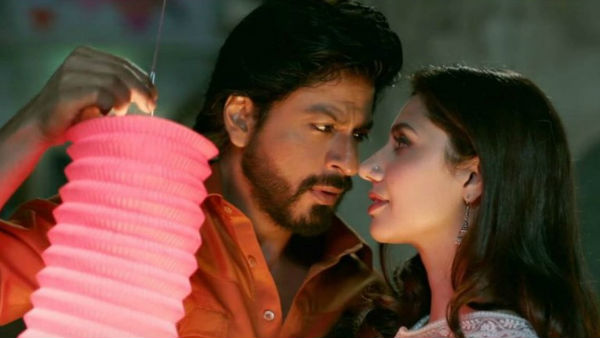