Nawazuddin Siddiqui-Athiya Shetty starrer Motichoor Chaknachoor full movie gets leaked online on the notorious site, Tamilrockers in a good print! Motichoor Chaknachoor is a romantic-comedy about a 36-year-old man trying to find a wife. The film released on Friday and clashed with Sidharth Malhotra's Marjaavaan, which also casted Riteish Deshmukh, Tara Sutaria and Rakul Preet in the lead roles. 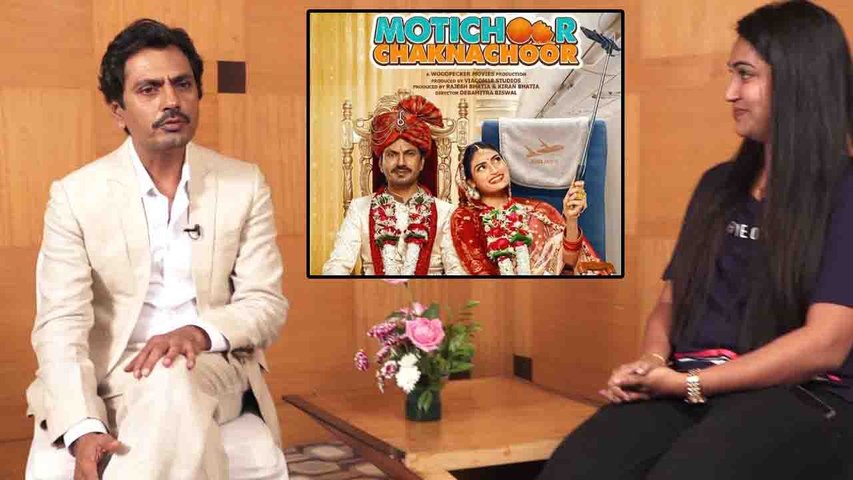 Nawazuddin Siddiqui is not happy with audience in exclusive interview | FilmiBeat

As per Mumbai report, the illegal portal keeps changing the domain to stay untraceable. Earlier, Akshay Kumar's Housefull 4 was uploaded by this illegal site followed by Ayushmann Khurran's Bala and Sidharth Malhotra's Marjaavaan.

Earlier, Nawazuddin had spoken about working with Athiya Shetty for the first time and had said, "It was a good experience. I won't agree that she's a fresher because she has worked in a few movies before, so she's had some acting experience. What I liked about her was how she had prepped for the role two months ahead of the filming."

"Besides studying her character, she also learnt the dialect and accent of Bundelkhand (a town straddling Uttar Pradesh and Madhya Pradesh), where the movie is set. She also studied the mannerisms of the natives of the place. It was easy for me to perform opposite a well prepared actor. If someone does good work, then you are automatically inspired to come up with your best."