A day ago, the makers of Salman Khan starrer Bharat released the official trailer of the film and it went viral on the internet in no time. Touted to be one of the most anticipated films of this year, the film showcases Salman in different looks spanning several decades. Right from the cast's looks to the music, the trailer has definitely upped our excitement levels.

Recently in an interview with Mumbai Mirror, director Ali Abbas Zafar got candid about his equation with Salman, on casting the superstar and if there's any bad blood between him and Priyanka Chopra after the latter walked out of the project.

Ali Gets Candid About Salman

"This is my third film with Salman (Khan) and much of the maturity in my work comes from his experience. SK is a deep, mature and beautiful actor/human being, and when he identifies with an emotion, it just flows."

Salman's Stardom Has Only Grown Over The Years

"He's so spontaneous when he's in character. A star needs to be an actor, or he'll fizzle out soon. Salman has been around for 30 years and his stardom has only grown."

Ali Reveals Why Only Salman Could Have Played This Character

"While many Hindi films revolve around the mother and son, the father has often been portrayed as a hard disciplinarian. My relationship with my dad and Salman's with his (Salim Khan) is different and at the core of the film. That's why only Salman could play Bharat."

The Reason Why The Film Is Titled Bharat

"Since the film isn't only about a father and son, I didn't want to translate Ode To My Father. I was tossing in bed at 5 am when the title came to me. Hours later, when I met SK and Atul I told them I had a title, Bharat. They froze for two seconds, then Salman said 'yes'. Since this man symbolises the nation what better than Bharat."

Ali On What Makes Salman A Superhero

"His honesty and earnestness. His communication with his audience is very direct. And even when he lives a character, Salman Khan doesn't disappear 100 per cent. Whether its Tiger, Sultan or Bharat, his magical presence in there in the characters."

Is He Upset With Priyanka For Ditching The Film

To this, he replied, "Priyanka was doing the film but things happened. As a friend, she shared it with me and I told that her life is most important. She's still a close friend. We laugh and talk twice a month. I'm very happy for her. And I'm grateful to Katrina for stepping in. I was honest with her and told her I was sending her a script. If she liked it, we'd discuss it further." 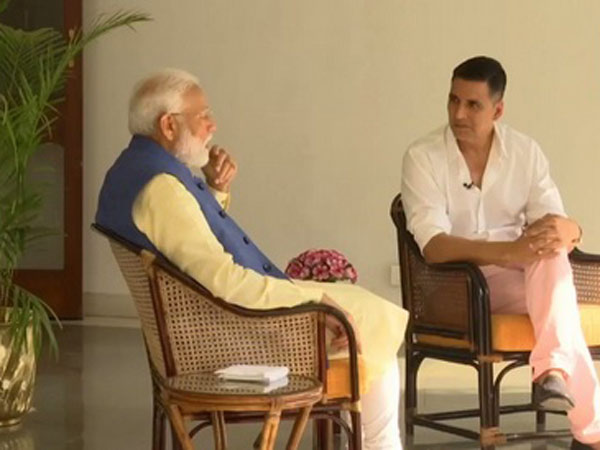