Vikram Bhatt On Drug Use In High Profile Bollywood Parties: I Have Never Seen Any Such Thing
View Sample
For Quick Alerts
ALLOW NOTIFICATIONS
For Daily Alerts
Videos

Parineeti Chopra is all geared up to star in one of her most ambitious projects to date, The Girl On The Train. The film is a remake of the Hollywood movie of the same name with Emily Blunt in the lead. Parineeti was shooting in London for nearly two months shooting for the film. Post the film's wrap of its London schedule, the actress took to her social media to post an emotional note of her overwhelming journey on the film.

Parineeti wrote, "So I leave London after 7 weeks, finishing The Girl On The Train. Words fail me. Feelings overwhelm me. This is a film that has for the first time stayed with me after I've finished it. A character that will live inside me permanently. I miss her. I miss playing her. I feel like I've grown up. I feel so much. But most of all, I feel grateful. Life changing, in an understatement.."

She added, "I'm smiling as I write this, and with that, I head back home - looking forward, with my heart full..." (sic).

The Girl On The Train is a psychological thriller being directed by Ribhu Dasgupta, and it also stars Kirti Kulhari as a British police officer. Parineeti had once shared that the film is something she has never done before, and the most difficult character she has played in her life. She will be playing the role of a raging alcoholic.

Parineeti had said in an interview, "I am super excited to be shooting this film because this is a role that I have never experienced before, read before and I think the audience has never experienced this kind of acting piece from me. It's a complete contrast to the kind of personality that is associated with me, so I am excited as an actor to do something completely new." 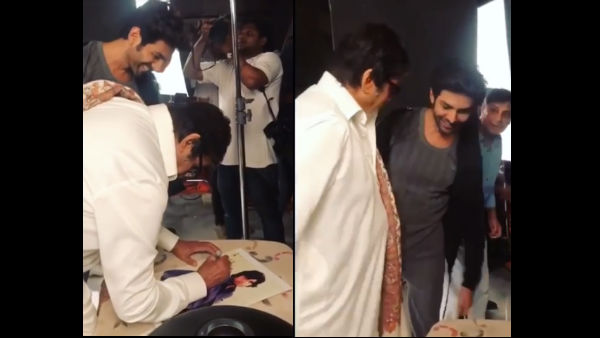 MOST READ: Watch: Kartik Aaryan's Fanboy Moment With Amitabh Bachchan While Getting An Autograph