Parineeti Chopra has always expressed her fondness for her cousin Priyanka Chopra's husband Nick Jonas. From calling him 'national jiju' to talking about how PeeCee is lucky to have a life partner like him, the 'Jabariya Jodi' actress always has good things to say about him.

In fact, when Priyanka got married, Parineeti even penned a heartwarming note for her and wrote, "Today there was no pretending. I can't think of a more a perfect man for her. Like I said this morning, there are two ways of judging a human being. One - travel with them, and two, eat with them. Nick, I have done both with you. And so I know you're perfect for her!!." (sic)

Recently in an interview with Bombay Times, the actress opened up about her rapport with Nick.

The tabloid quoted her as saying, "Nick is unbelievably family-oriented. He is so inclusive and wants his maternal, paternal family, in-laws and everybody to be around him always. He cares about everyone and is so positive as a person."

Parineeti On What She Learnt From Nick

The actress further added, "He also makes me and my entire family better. Nick has taught me to enjoy the simpler things in life. He is so young, but at the same time so mature. He is a great husband to Priyanka and brother-in-law to me."

Earlier In An Interview, The Actress Had Said That Priyanka & Nick Complement Each Other

Parineeti was quoted as saying, "The two look so good together and compliment each other in every way. I am so happy for Mimi didi. She has always been an inspiration. She has always worked all her life and to finally see her in a good place in personal life is so beautiful. She deserves all the happiness."

Later in an interview, she had even shared an anecdote from Priyanka-Nick's wedding where the former pampered all his sister-in-laws.

Parineeti will be next seen in Sidharth Malhotra's 'Jabariya Jodi'. She will also be seen in a biopic on badminton player Saina Nehwal. Currently, Parineeti is in London where she is filming 'The Girl On The Train' remake. 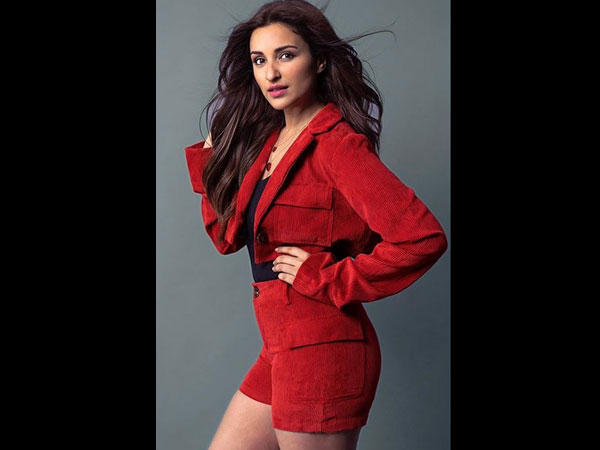