Parineeti Chopra was spotted after an ad shoot in Bandra, Mumbai, on Thursday evening. Malaika Arora indulged herself in a salon session and stepped out looking stylish later. Aditi Rao Hydari too was snapped post her salon session by the paps. Rani Mukerji sported a casual avatar to the airport on Thursday morning. Jacqueline Fernandez was spotted at a dance class. Check out these celebs' pictures here!

Parineeti Chopra's Gorgeous Smile Is A Delight For Us

Parineeti Chopra was busy shooting for an ad today and was clicked by the paps after the shoot. She flashed her gorgeous smile for the cameras sporting a casual look in a black zip up hoodie with black tights and white sandals. She was surrounded by fans who had gathered to catch a glimpse of her. On the work front, Parineeti will next be seen in Kesari, starring opposite Akshay Kumar. It is set to release on March 21st.

Malaika Arora is a fashion icon in Bollywood for a reason. She indulged herself to a salon session today and was snapped by the paps post that. Malaika looked stylish even in a casual avatar wearing a white t-shirt which read ‘Love', with a pair of black trousers. Her hair looked flawless as she let her long tresses free. The B-Town grapevine has it that she and her boyfriend Arjun Kapoor will soon be tying the knot.

Aditi Rao Hydari too was spotted outside a salon on Thursday evening. She looked pretty in a red top paired with denims and white sneakers. She carried a black hand bag with her, and sported a minimal make up look.

Rani Mukerji Spotted At The Airport

Rani Mukerji was snapped at the airport on Thursday morning. She sported a casual look and smiled for the cameras in a white knitted sweater with navy blue sweatpants, and hot pink sneakers. Rani was last seen on the big screen in Siddharth P. Malhotra's directorial, Hichki.

Jacqueline At A Dance Class

Jacqueline Fernandez was spotted at a dance class by the paps today. She looked casual yet stylish in a baby pink t-shirt, black shorts and an oversized green jacket. 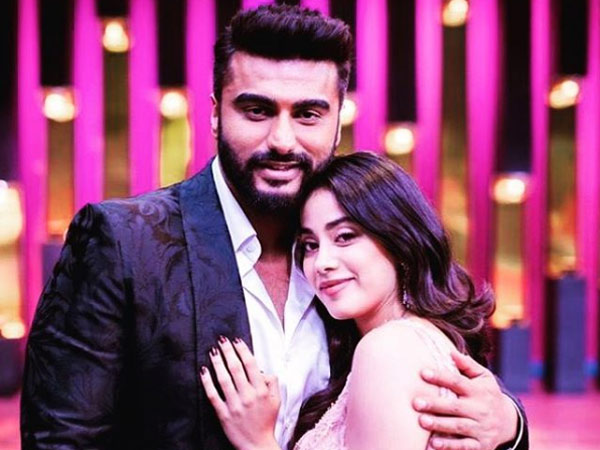