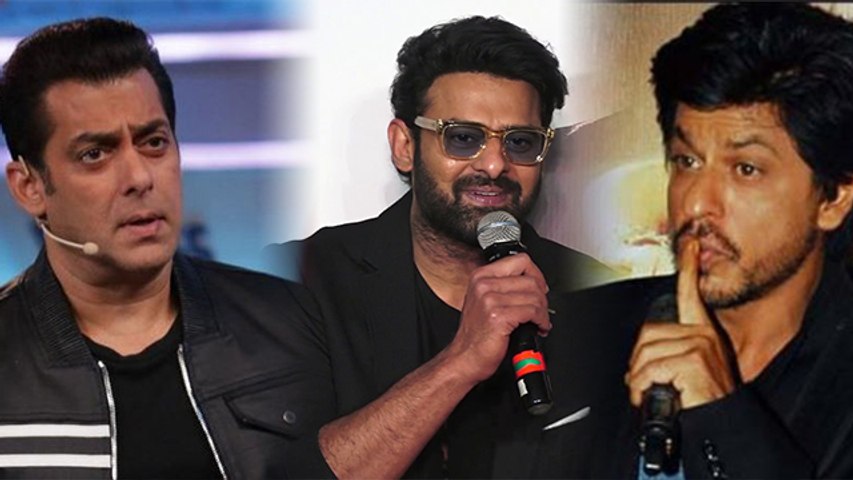 While the whole world is all praise for Prabhas as he enjoys an unparalleled appeal and popularity, the south superstar had the insight to share when asked a question which was about the three Khans - the Bollywood superstars Aamir Khan, Salman Khan and Shah Rukh Khan. As humble as ever, Prabhas had the best reply to the question asked at Saaho trailer launch in Hyderabad.

Prabhas was asked about the Khans, and the south superstar shared, "The Khans have inspired us for decades. It's wrong to compare me with them". With a massive fan following that stays blasting all across with a fan frenzy that the nation witnessed way ahead of the much-anticipated trailer release, this answer sure proves that Prabhas has the most celebrated actor all across with a pan-India appeal.

The fans are also gearing up to meet their heartthrob Prabhas as the team has patrolled on a 5-city tour for this upcoming trailer launch of Saaho. Prabhas has mapping the cities of Mumbai, Chennai, Kochi, Bangalore and Hyderabad where he has and will continue to interact with his fans on a spree to launch the trailer of Saaho.

In the trailer of Saaho, Prabhas is introduced as the dangerous detective who is known to be fierce in his tracking of criminals and holds a flawless record. He is unafraid to do anything which is required in order to achieve the job put to him. As fearless and charismatic as he looks, Prabhas has swooned every heart across the nation while also winning all with his superlative performance! Even, Shraddha has nailed every part of the frame with utter elegance and power-pack performance.

The ensemble cast has Mandira Bedi, Evelyn Sharma, Jackie Shroff, Neil Nitin Mukesh, Arun Vijay and Michael Lal. Much true to the definition of a high octane thriller, it is sure to instil awe, fear, and every other emotion there is to experience making it a wholesome roller coaster ride!

The trailer was launched on the 10th of August, in Mumbai amidst utter fan frenzy and presence of the media. The trailer which was released in four languages has been shot on IMAX cameras and the whole film is slated to have an IMAX release while Prabhas' elusive presence in Bombay was the highlight. Saaho is all set to hit the theatres on 30 August, 2019.

Watch the trailer of Saaho here.