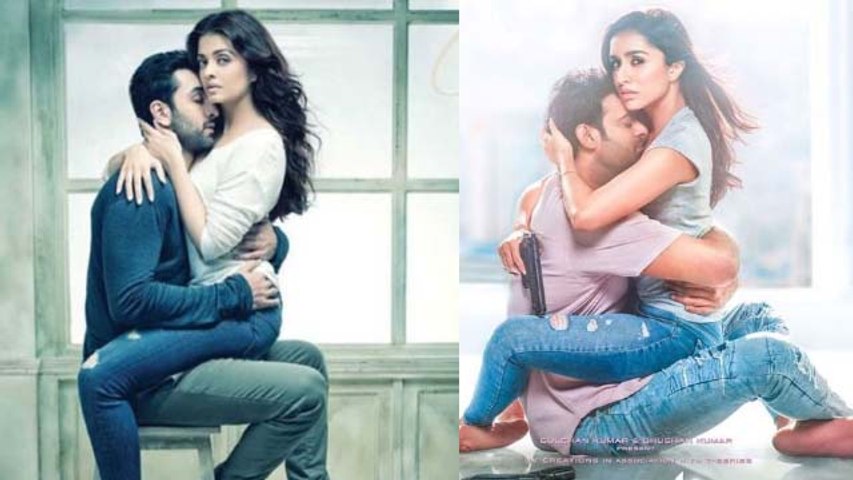 Saaho is one of the most anticipated movies of the year. Earlier, the movie was supposed to hit the theatres on August 15, 2019 and to clash with Mission Mangal and Batla House. However, its release got postponed and now fans are gearing up for August 30, 2019. Prabhas has a massive fan following pan India and movie-goers can't wait to explore his action side after watching him in fantasy drama, Baahubali.

Have You Seen Saaho New Poster Yet?

Amid all the anticipation, when Prabhas dropped the new poster of Saaho featuring him and Shraddha Kapoor in a romantic pose, we couldn't stop thinking about Aishwarya Rai Bachchan and Ranbir Kapoor. Wondering why? Keep reading!

Does It Ring The Bell?

Remember this popular magazine photoshoot of Ranbir Kapoor and Aishwarya Rai Bachchan during Ae Dil Hai Mushkil days? The pose of Prabhas and Shraddha is similar to that of Aishwarya and Ranbir's. But if we draw a comparison between the two pictures, it's Aishwarya and Ranbir, whose chemistry looks hotter and happening.

Salman & Katrina Posed In The Same Way Too

Just because we're talking about this ‘epic' picture of Aishwarya and Ranbir, how can we leave behind Salman Khan and Katrina Kaif? The duo posed in the same way on the cover of a leading fashion magazine and needless to mention, the duo looked piping hot!

What’s In The Pose?

Even though the ‘pose' is pretty common, it's the chemistry which speaks volumes about the on-screen pair and among all the three pictures, it was the picture of Ranbir and Aishwarya that had gotten everyone talking and drooling.

Coming back to Saaho, the film also casts Neil Nitin Mukesh, Jackie Shroff, Evelyn Sharma, Mahesh Manjrekar, Mandira Bedi and Chunky Pandey and is made on a budget of Rs 350 crore.