Priyanka Chopra tied the knot with 'Jealous' singer Nick Jonas at Umaid Bhavan Palace in December last year. Since then, the happily-married couple have been shelling some massive couple goals with their love-soaked vacations and cute PDA.

But you folks would be surprised to know that the 'Quantico' actress never thought she would get hitched to Nick. Recently while speaking at Tina Brown's 10th Annual Women in the World Summit, Priyanka got candid about her relationship with Nick and how he surprised her at the beginning of their romance.

'I Judged A Book By Its Cover', Admits Priyanka Chopra

Priyanka said, "I've known him for two years. I didn't think that this is what it [would've] turned out to be, and that's maybe that's my fault, I judged a book by its cover."

But the actress also added, "When I actually started dating Nick, he surprised me so much." Aww, that's such a cute confession to make.

The 'Desi Girl' Has A Nickname For Him

Priyanka revealed, "I call him ‘Old Man Jonas.' That's my name for him, ‘OMJ."

Nick Is A Supportive Partner; Priyanka Is A Lucky Girl

Describing Nick, Priyanka said, "He's such an old soul, extremely smart, so good for me because he grounds me so much. I'm a wild child, I do whatever I want whenever I want and he always supports me."

The actress was the end of their night out with friends when she needed to leave due to a meeting, but continued to drop hints to Jonas in hopes that he would tell her to cancel her other commitment.

This Is What Nick Did Next!

"Finally he took me aside and he's like, ‘Look, I'm not stupid. I know what you're trying to do, but I will never be the one who will tell you to cancel work because I know how hard you've worked to be where you are.

So if you could've canceled it, you would've done it. I'll take our friends out for dinner, we'll wait for you, and you finish your meeting and come back."

She Further Added This!

"He gave me credit for what I had done, it was just mindblowing for me." Guys, please take a cue from Nick! 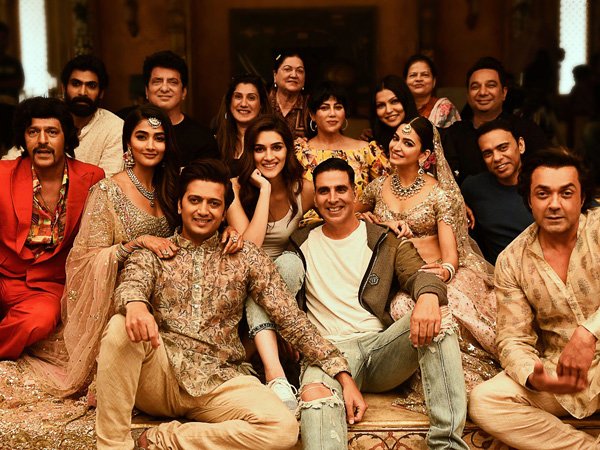 Housefull 4 SPOILER: Akshay Kumar, Bobby Deol & Others Will Be Playing These Characters!