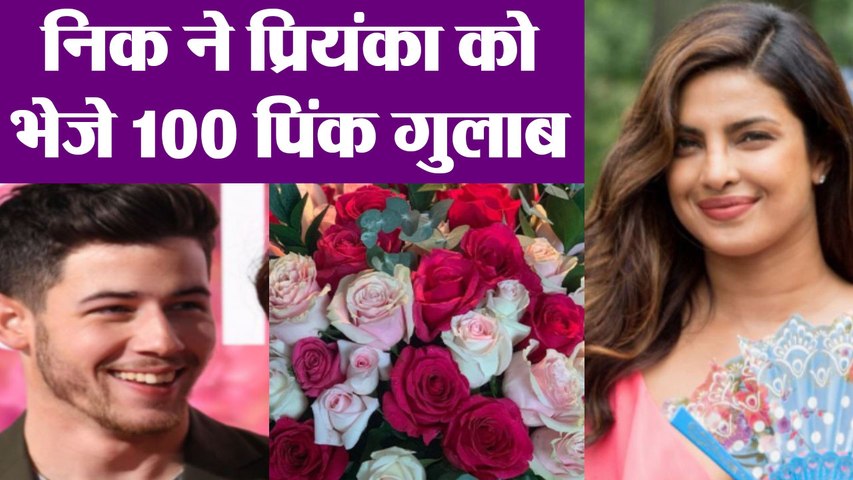 Priyanka Chopra Jonas and Nick Jonas are one of the most loved celebrity couples out there. Nickyanka are not shy when it comes to PDA, and every time they express their love for each other in public, our hearts skip a beat. It was Nick's birthday on September 16, and PeeCee did the most romantic thing ever! Check it out.

Nick Jonas turned 27 on Monday, and like always, his dear wifey Priyanka Chopra made him blush with her sweet gesture. While Nick was performing at a concert, Priyanka, stuck out a rose for him from the crowds. Nick, awed by this, bent down to take the rose and gave PeeCee a quick kiss. The audiences went wild when they saw this and could not stop cheering for them.

Earlier in the day, Priyanka had taken to her Instagram to share a video compilation of all the sweet moments in their lives this past one year, on the occasion of Nick's birthday. In her caption, she called Nick the light of her life and wrote that every day with him is better than the last. Wishing Nick all the happiness in the world, Priyanka thanked him for being the most generous man she has ever met. She signed off with an adorable 'Happy birthday Jaan. I love you.' (sic)

Meanwhile, Priyanka has been gearing up for the release of her next Bollywood film, The Sky Is Pink, and Nick has been cheering for her the whole time. When the film premiered at the Toronto International Film Festival, Nick congratulated the entire team and called the film 'powerful'. The Sky Is Pink is directed by Shonali Bose, co-starring Farhan Akhtar and Zaira Wasim. It is scheduled for release on October 11.