Life comes to a full circle for Priyanka Chopra and Nick Jonas! It was at Met Gala 2017 where the couple made their first public appearance together which soon led them to falling in love with each other in real life. Two years later, Priyanka and Nick are happily married and never fail to drop some major relationship goals for us.

And now, Priyanka and Nick will be a part of the Benefit Committee for this year's Met Gala. Isn't that some good news now?

Expressing her feelings, Priyanka shared a collage and wrote, "From walking the prestigious carpet for the first time, to meeting my husband and many friends for life... Nick and I are honored to be on the Benefit Committee for this year's Met Gala. Looking forward to the first Monday in May."

Priyanka Chopra is the only Indian actress to ever be a part of the Met Gala committee. Others on this list include Jennifer Lopez, Jared Leto, Katy Perry and Alex Rodriguez.

It Was Nick Who Made The First Move

Recalling how their love story began, the couple told Vogue that it was Nick who DMed Priyanka on Twitter. He wrote,"I'm hearing from a few mutual friends that we should meet," on September 8, 2016.

"She responded day of with a message that said, ‘My team can read this. Why don't you just text me,'" Nick said. Their texting became what Vogue called an "epic correspondence." Nick said it was "friendly with an eye toward flirtation."

Then in 2017, they met at the Vanity Fair Oscars After Party. He was at the bar, he saw her, "and I put my drink down," Jonas said. "Get on one knee-this is in front of a bunch of people-and I say, ‘You're real. Where have you been all my life?' Like, loud."

Made For Each Other

In May 2017, the two got a drink before they went to the Met Gala as each other's date for designer Ralph Lauren. Last December, the couple tied the knot in Jodhpur and got a 'happily ever after'.

On the work front, Priyanka will be next seen in Shonali Bose's The Sky Is Pink co-starring Farhan Akhtar and Zaira Wasim. The actress is also in talks with Sanjay Leela Bhansali for a film. 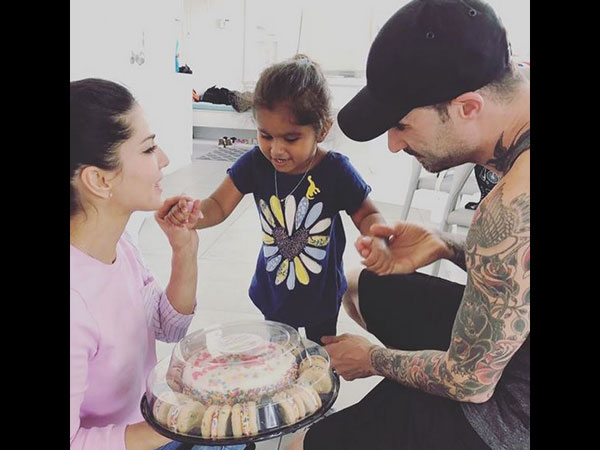