Priyanka Chopra and Nick Jonas got hitched last year in Jodhpur, India and since then, the couple have been giving us some major relationship goals. From going on vacations, attending events together to slaying the red carpet, 'NickYanka' look every bit in love.

Recently, the actress accompanied her hubby Nick to iHeart Radio's Wango Tango concert. Priyanka later shared some glimpses from the night and one of them had the lovely couple recreating a scene from Shakespeare's Romeo & Juliet.

While Nick stood on a balcony with a paper cup in his hand, Priyanka looked at him from down below. The actress captioned the picture as, "Romeo oh Romeo.. and Ava drew #nightout." Priyanka and Nick were accompanied by a girl named Ava.

This Is So Adorable!

Priyanka shared one more picture where she is seen walking with Ava holding her hand.

We stumbled upon one more picture on the social media where Priyanka and Nick look engrossed in a conversation while the little girl Ava is all smiles.

Reportedly, Nick and his brothers Joe and Kevin performed their hit new singles at the concert in California. Nick even shared a glimpse from the night on his Instagram page.

Speaking about films, Priyanka will be next seen in Shonali Bose's The Sky is Pink' which also stars Farhan Akhtar and Zaira Wasim. The film is slated to release in October.

Meanwhile recently, rumours were rife about Priyanka and Nick visiting Meghan Markle and Prince Archie. It was also being said that the actress showered the newborn with expensive gifts from Tiffany. However, the actress took to her Twitter handle to report it as 'false news'. 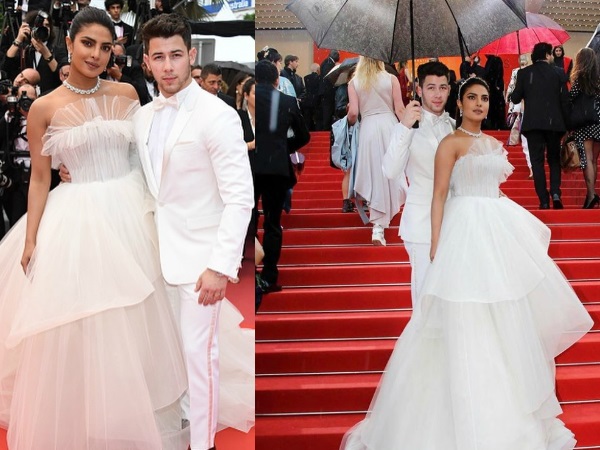