It looks like Priyanka Chopra-Nick Jonas are giving some stiff competition to Ranveer Singh-Deepika Padukone when it comes to their display of love for their better halves. While we had seen Nick accompanying Priyanka at her work-commitments, the singer-actor once again made sure that he was by the 'desi girl's side at the premiere of her Hollywood film.

Recently, Priyanka and Nick graced the red carpet of her upcoming Hollywood film, Isn't It Romantic along with the entire cast. Later, the 'Jealous' singer took to his Instagram to post a heart-warming post for his wife that read, "Proud of my beautiful and talented wife @priyankachopra , and the entire cast and crew of Isn't It Romantic. Everyone should go see this movie!"

Make Way For The King & His Queen

Priyanka and Nick walked in holding hands and making a smashing entry at the red carpet.

Let The Eyes Do The Talking

In this picture shared by Nick, the lovely pair have eyes only for each other and it's all things 'aww'dorable.

After Nick shared few photos from the event, Priyanka too didn't shy away from reciprocating the love and posted a cute comment and wrote, "U R the best hubby' below the pictures posted by him.

If Love Had A Face!

This click of Nick lovingly gazing at his wife while she's busy posing for the paparazzi is making us go weak in our knees.

Nick is seen whispering sweet nothing into the actress's ears who is all smiles.

The couple shared a kiss before posing with the film's lead Rebel Wilson.

Earlier, the couple celebrated the Grammy weekend with their friends. When quizzed how married life is treating her, Priyanka had said on the show 'Good Morning America', "Married life is different. There's a big difference between a husband and a boyfriend or fiance. I didn't understand the gravity of that when I got married. But it's a good thing to be married to a good husband. So that makes it easy." 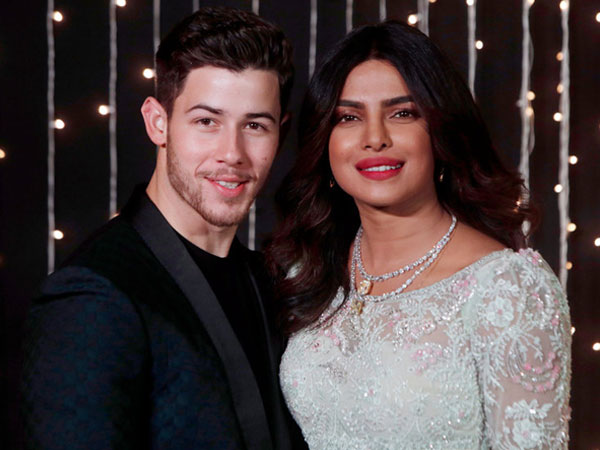