They say, 'Distance makes the heart grow fonder'. Recently, Priyanka Chopra was in India for the promotions of her upcoming film, 'The Sky Is Pink'. On the other hand, her hubby Nick Jonas was touring across the US for his music concerts.

In her latest interview with Times Of India, the 'Quantico' actress revealed both of them are catching up on each others' professional lives after tying the knot. Check out Priyanka's candid confession here.

When quizzed if Nick is catching up with her Bollywood films, PeeCee revealed, "Hmnn...not really. He watched Mary Kom by himself one day. I was travelling and he called me and said, ‘Babe, I am missing you, so I am watching your movie'. I thought that was really sweet." (sic)

Priyanka Didn't Know Much About Jonas Brothers Before She Met Nick

She further added, "Right now, we are both discovering each other's professional lives. Before I met him, I didn't know much about the Jonas Brothers and their music. He is discovering my work, too. We share things like.... this is my first video, this is the movie I am embarrassed about and stuff like that."

The Actress Misses Home-cooked Food In US

Speaking about it, Priyanka revealed, "There are two flights that I usually take. One, where I land at around 3 am, and the other, at 1 pm. When I take the latter, the first thing I do is have an elaborate lunch at home. My mom gives instructions to the staff at home to start readying the food as soon as I head out of the airport. I miss my comfort food and ghar ka khana in the US."

We Totally Agree To This!

"We get Indian food almost everywhere in America, and even my chef in New York knows how to make some Indian dishes, but my home food in Mumbai tastes different. Yahan ke ghee mein hi farak hai," the actress told the leading daily. 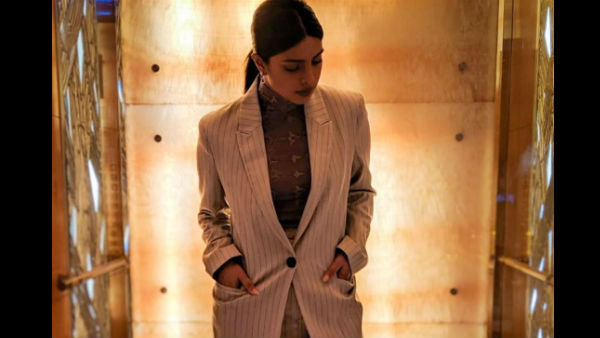 Pay Disparity: Priyanka Chopra Reveals She Was Paid About Two Per Cent Of Her Co-star's Remuneration