Yesterday, Meghan Markle, the Dutchess Of Sussex and Prince Harry welcomed their first newborn- a baby boy. The prince told the reporters that the baby is "is absolutely to die for." As soon as the royal family broke the news, congratulatory messages started pouring in from all nooks and corners.

Priyanka Chopra who happens to be a close friend of Meghan, too took to social media to congratulate the first-time parents.

The 'Quantico' actress took to her Instagram story to share the announcement put up by the royal family and wrote, "Congratulations M & H" on it.

It's A Baby Boy

Earlier the royal family had issued an official statement which read, "Her Royal Highness The Duchess of Sussex was safely delivered of a son at 0526hrs this morning. The baby weighs 7lbs 3oz. The Duke of Sussex was present for the birth.

The Queen, The Duke of Edinburgh, The Prince of Wales, The Duchess of Cornwall, The Duke and Duchess of Cambridge, Lady Jane Fellowes, Lady Sarah McCorquodale and Earl Spencer have been informed and are delighted with the news.

The Duchess's mother, Doria Ragland, who is overjoyed by the arrival of her first grandchild, is with Their Royal Highnesses at Frogmore Cottage. Her Royal Highness and the baby are both doing well."

Last year, there were rumours doing the rounds about a rift in Priyanka-Meghan's friendship after the latter skipped the 'desi' girl's wedding in India.

Now with Priyanka congratulating Meghan for the birth of her baby son, the actress has finally put all rumours to rest.

The actress recently attended the Met Gala 2019 with her hubby Nick Jonas. Priyanka rocked the red carpet in a simple nude Dior gown with feathers of multiple hues and a matching cape. Nick on the other hand, opted for an all-white suit. 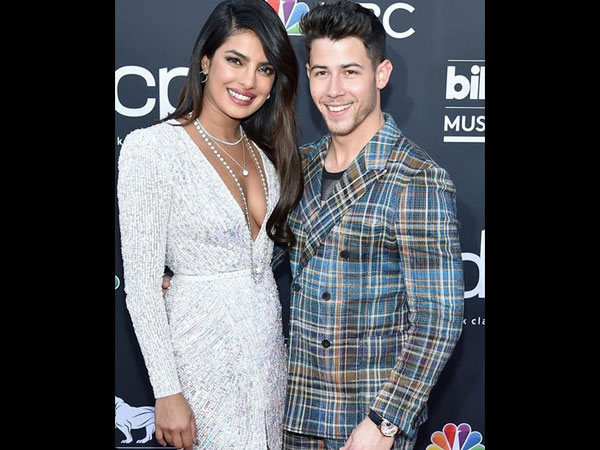