If the latest buzz in the grapevine is to be believed, Pulkit Samrat and Kriti Kharbanda might be the newest couple in Tinseltown. While their link-up reports have been doing the rounds for a while, Pulkit's recent Instagram post to wish his 'Pagalpanti' co-star on her birthday has added more fuel to these rumours.

Responding to his birthday wish for her, Kriti wrote, "Hahahaha! There's a reason I say you're the best! 😘😘😘 Thank u so much! Time to do the happy dance dressed as minions! Only you'll get that! ❤️❤️ u forgot mono deal contests, and crazy #shallowgoals !! Again only you know what I mean! ❤️❤️." (sic)

Meanwhile, netizens couldn't stop speculating about what's cooking between the two actors. "Daya , kuch to gadbad hai, " commented an Instagram user. Another one wrote, "Perfect couple😍❤️." "You both together 😍😍 @pulkitsamrat 💙," read another comment.

Earlier, Kriti had reacted to her link-up rumours with Pulkit during 'Housefull 4' promotions. A Mid-day report had quoted her as saying, "It's a good feeling people think so. I think we look great together. That's for people to find out. I am not saying 'yes' and nor am I saying 'no'."

On the other hand, a leading daily quoted Pulkit reacting to the dating rumours and saying, "Yami ke saath, Kriti ke saath... I don't pay too much heed to these kinds of articles. They are part and parcel of the business. My affair is with one person - Varun Sharma. Nobody is writing about it - I've done two films with him! My focus is only on work. I would rather be written about for that." 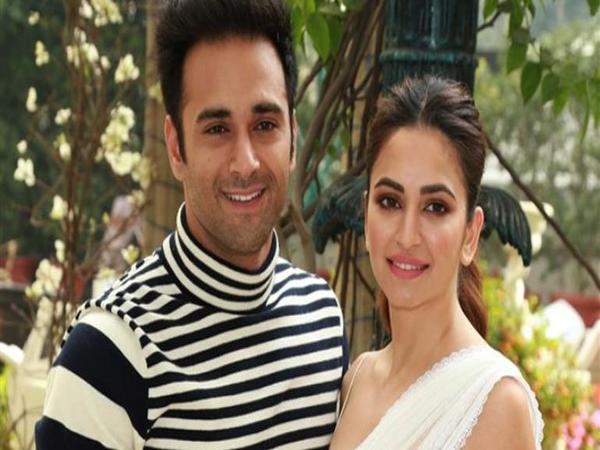