Purab Kohli is on cloud nine! The actor and his wife Lucy Paton have been blessed with a baby boy. The 'Rock On' actor made the announcement. Giving us a cute glimpse of his little one, Purab captioned the click as, " Balls of hair fuzzing up together. Hello #OsianNur #MySon 26/01/2019."

Check out the picture here-

Purab and Lucy got married on February 15 in a private ceremony with friends and family at a plush boutique bungalow in Goa. The venue was a vintage one, a refurbished Portuguese bungalow built in the year 1804.

The couple also has a daughter named Inaya who was born before their wedding. Speaking about it, Purab had earlier said in an interview, "When Inaya was conceived, we were not married and it didn't matter to me. When Lucy called me and said, 'Hey we are having a baby,' I said, 'Wow. Let's do it.'

There was pressure to get married. My mother was the most concerned and my family did say you guys have to get married quickly when she was pregnant. But I was adamant about not doing it because I never wanted my baby to feel that we got into a relationship because she was coming."

Later in an interview with Hindustan Times when Purab was asked if there was pressure from his family to get married once they got to know about Lucy's pregnancy, he said, "No! My parents have always been supportive of my decisions. I understand that the decisions I have made with Lucy have shaken the foundations [of the] institution of marriage, but my family was evolved enough to accept us."

Purab met his wife for the first time through his sister Rima Kohli, who went to Johns Hopkins University with Lucy. 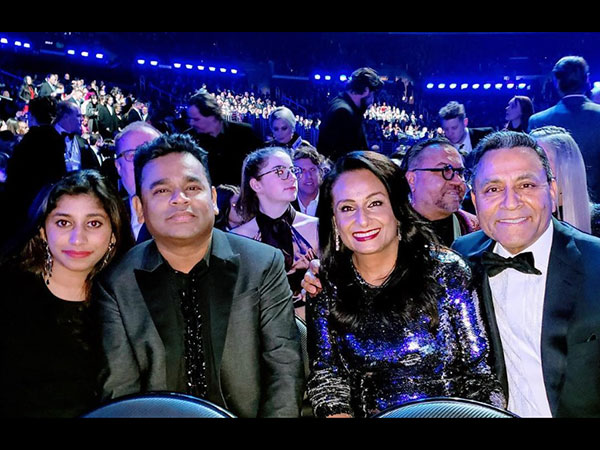 Grammys 2019: AR Rahman Treats His Fans With Inside Pictures From The Award Ceremony!