Filmmaker Rakesh Roshan was diagnosed with cancer in late 2018 and underwent surgery followed by chemotherapy in 2019. Recently, in an interview with Spotboye, he spoke about how his life changed after he learned that he was diagnosed with the ailment. He also opened up about his battle with the deadly disease.

Rakesh Roshan Opens Up About His Cancer Diagnosis

A Spotboye report quoted Roshan Sr. as saying, "It all began with a blister which refused to go despite using several applications of prescriptions from my family doctor. It was a small one - no pain, no itching. One day, I had gone to meet a friend of mine in Hinduja Hospital. While walking out, I just saw a board of an ENT surgeon outside his cabin. I met him impromptu and he advised me biopsy. I don't know why but I had a gut right from the beginning that I have contracted cancer. I was at Hrithik's place when I got a call that I had tested positive in biopsy. It was Dec 15 (2018), I clearly remember."

"As I said, these things are not new for us. So, we address these issues and go all out to rectify them. Never get into a depression. Live life. Cancer is just a big name," Rakesh Roshan revealed when asked about Hrithik's reaction to his diagnosis.

Rakesh Roshan Admits He Was Scared

"I got a bit scared when I was told that my tongue may have to undergo a cut and do some grafting. I said ‘I don't want to do all this.' Tongue is the worst place to have cancer. You may not be able to drink water, coffee, tea. Even taste buds change and things may not taste to you as they should. I went through those hassles for 2-3 months.

I lost 10 kg but have regained 3 kg now, I had become weak because in cancer treatment, your good cells also tend to die. Anyway now, I am much, much better. I have started gym 90 minutes every day. My personal trainer comes home, my stamina is back- but yes, it will take me another 6 months to be fully fit." (sic)

Rakesh Roshan On What Kept Him Going In Tough Times

"3 weeks later my chemotherapy sessions began at Kokilaben Hospital, they used to take about 4-5 hours. The surgery was conducted at HN Reliance Foundation Hospital (earlier, Harkisandas). They gave me Cisplatin. Normally Cisplatin is given 40 but I was given 100. Even my radiations were increased from 60 to 67. Doctors told me that I have lot of will power. I have had my share of hardships, In fact, we all in my family have undergone health issues.

My wife was unwell in between. My father-in-law was indisposed. Sunaina had cancer, Hrithik underwent a brain surgery. I used to feel dizzy at times but I never sat on it. I am never the one to complain. I am not a cynical or pessimistic person.

I have been lucky also. Kaho Na Pyaar Hai had just released. I casually underwent an ECG and learned in the nick of time that I had blockage in my arteries. God has been kind to me. Yes, I have had my share of hardships but I have come out of everything. I never give up." (sic)

In the same interview, the director-producer revealed that he has begun work on 'Krrish 4'. "I had resumed work as soon as I told you, but I wasn't working at the script level. I am analysing it again, making a few changes here and there. Yes, Krrish 4 will be my next directorial," confirmed Rakesh Roshan. 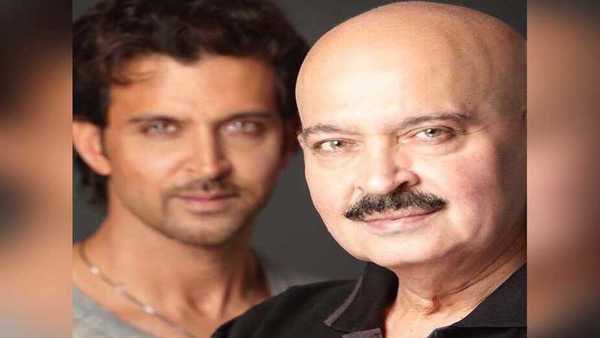 Rakesh Roshan On Krish 4: While Hollywood Can Afford Budgets, We Can Score On Emotions