Ranbir Kapoor-Alia Bhatt's relationship has always been the talk of the town. Of late, there have been various reports doing the rounds about their impending wedding ever since the couple almost made their relationship official. Recently, it was reported that Ranbir and Alia were holidaying in Europe and the lovebirds might soon tie the knot secretly in Lake Como just like Ranveer Singh and Deepika Padukone.

Finally Alia's mother Soni Razdan has reacted to the wedding speculations doing the rounds and here's what she has to say.

Addressing Ranbir-Alia's wedding reports, Soni told IANS over the phone, "It is a totally baseless rumour!"

"Look, it is sweet of all their fans to ask everything about them. I am Alia's mother. I really do not want to talk about my daughter's personal life. I want her to be happy. And she has my love and blessing on everything she does, beyond that I want her to live her life the way she wants to. As a mother, I do not give her any ‘gyaan' because my Alia is very sensible as an individual," she was quoted as saying.

Alia Isn't Pleased With Reports About Her Wedding

In a recent interview, the actress had said, "I don't understand the need for everyone to discuss this (my wedding) all the time. But then, I think to myself that it's a simple question and my answer remains the same. If I'm not getting married right now, that's what I'll say. I'm happy being in a relationship, but that doesn't mean I'm tying the knot just yet."

The Actress Isn't Ready For Marriage Yet

"I'm too young to think about it. When I feel there's a need to be in a stronger bond with him, we will come to it. But right now, I'm married to my work and I also have my relationship going well on the side."

Alia Says Her Relationship With Ranbir Is Not An Achievement

In yet another interview, Alia had said that her relationship with Ranbir "is not an achievement but an important part of her life." She had further said, "It's seamless as well as beautiful, and should be celebrated when it has to be. Right now, it should just be left on its own and kind of kept in a corner where it can stay safe and warm." 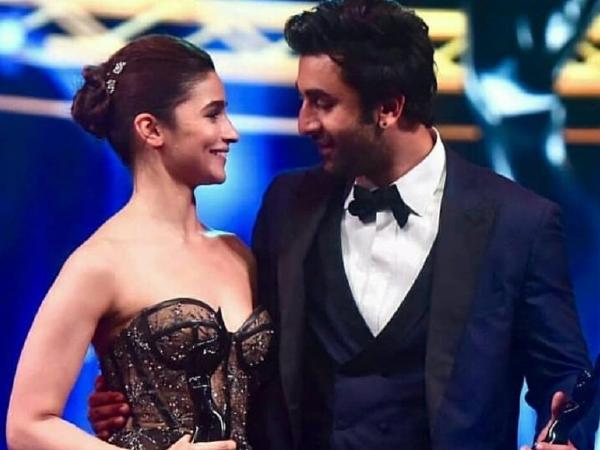 Lovebirds Ranbir Kapoor-Alia Bhatt Planning To Move In Together? This Video Drops A Major Hint