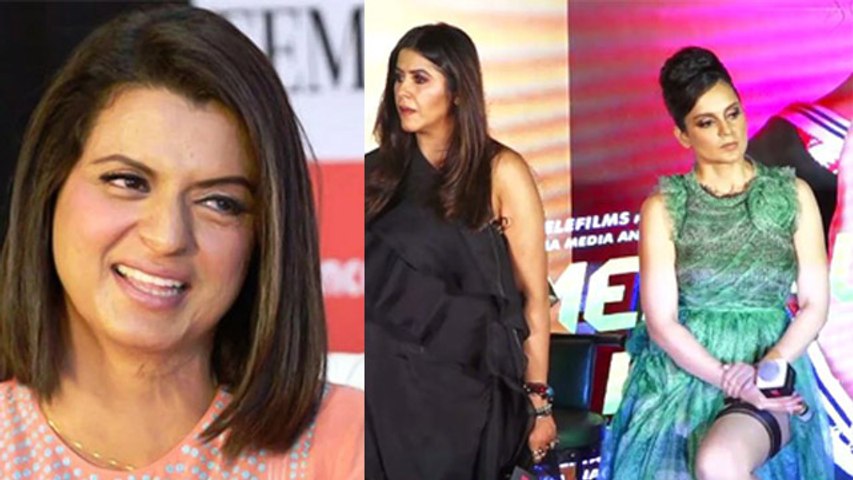 Following rumours of fissure between actor Kangana Ranaut and 'Judgementall Hai Kya' producer Ekta Kapoor, there have been talks that the actor might never feature in the producer's movies. To clear the air, Kangana Ranaut's sister and manager Rangoli Chandel took to Twitter and denied such claims.

She replied to a publication's tweet and requested them not to spread such rumours as it is not easy to find someone like Ekta, who respects the 'fearless quality' of Kangana. She stated that Ekta has always been supportive of Kangana's rebellious attitude in 'Judgementall Hai Kya'. She also made it clear that there have neven been issues between the two and that they will work together in the future too.

Rangoli tweeted, "There are very few people who truly love, respect Kangana for who she is a fiery fearless rebel, Ekta is one of those people, please don't ruin it for them." Another tweet by Kangana's manager to the publication's report was, "Dear media ji, Ekta ji and Kangana are constantly in touch, both have enjoyed, valued and also learnt a lot from JHK experience, looking out for another great opportunity to work together, please spare them." (sic)

Judgementall Hai Kya was one of the few movies that won many praises in spite of having dark humour as a subject. During one of the promotions of the movie, there was an incident that took place between Kangana and a journalist. The incident led to a huge racket in the media. Weeks after the movie's release, reports are now doing rounds claiming that Kangana and Ekta Kapoor's relations started taking an ugly turn. However, these have turned out to be mere speculations.

On the work front, Kangana is currently set to be seen in Ashwiny Iyer Tiwari's Panga. The film will narrate the life of a national-level Kabaddi player. Neena Gupta, Richa Chaddha and Jassie Gill will also star in the movie. Panga will release on January 24, 2020.