Kangana Ranaut's sister Rangoli Chandel often keeps hitting the headlines for her explosive tweets. Now, she is back in news and this time, her target is Taapsee Pannu-Bhumi Pednekar's 'Saand Ki Aankh'.

In a series of tweets, Rangoli claimed that the makers had first approached her sister Kangana for the film, but she turned it down to fight sexism and ageism. It all began when a Twitter user who pointed out at the stereotypes and hypocrisy of the film industry with respect to the casting of 'Saand Ki Aankh'.

Rangoli tweeted, 'Dear Nikhil it's heartbreaking to see how our media first killed MeToo in India now making a joke out of feminism, Vikas Bahl and the director of this movie wanted Kangana to do this film, she clearly told them to cast older woman and fight ageism and sexism in Bollywood...(contd)." (sic)

"Even today Kangana feel Ramya krishnan and Neena Gupta ji would have been a far better option, and they have a great market value, why can't they be mainstream actresses ??when I call these people sasta." (sic)

"I am not talking about creative poverty or lack of aesthetics which is at full display, it's the lack of value system and cheap ways of making money out of feminism by doing anti femininity stuff ... very sad

"These people who want to be Kangana Ranaut must know her brand is entirely based on sacrifice and the larger purpose, other day I listed all the films she said no to,we all want to be her but let's get the essence of her spirit, her success is a consequence of her values..

let's not forget those and just focus on success it will be a grave mistake and damage to all the work done by her and many who came before her."

Rangoli Calls Out The Makers Of 'Saand Ki Aankh'

A user wrote, "I love @bhumipednekar and @taapsee but I kinda wish older actors were cast in these roles. Could you imagine @Neenagupta001 and @AzmiShabana or Jaya Bachchan? #SaandKiAankh. "

Rangoli too jumped into the conversation and wrote, "Neena ji Kangana was offered this movie and she loved the true story of Grandmom's achievements she suggested yours and Ramya Krishnan ma'am's name for lead roles but these men can't remove deeply rooted sexism from their filthy brains ..."

'We Will Never Have A Meryl Streep In India'

We will never have a Meryl Streep in India if we keep shamelessly displaying older women phobia like this... shame on you all Bolly filth... for promoting sexism in the name of feminism ..," she further tweeted. 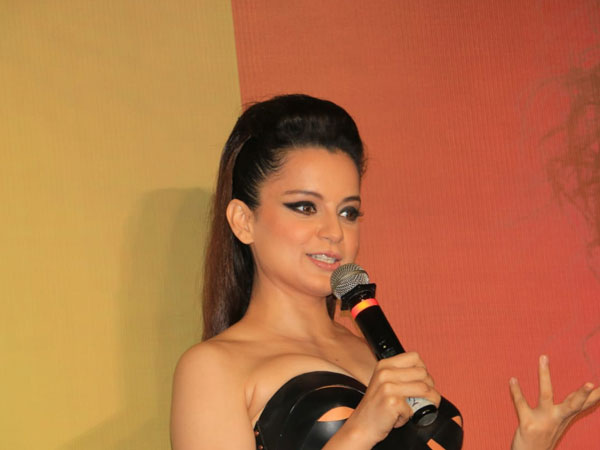 Kangana Ranaut: Taapsee Pannu Has Been Saying Derogatory Things About Me; My Sister Is Protecting Me