Ranveer Singh is all set to play former Indian captain, Kapil Dev in Kabir Khan's much-awaited film, '83'. Based on India's historic World Cup win in 1983, the film has already generated a lot of buzz ever since it was announced.

Recently in his interview with Mumbai Mirror, director Kabir Khan opened up about recreating that iconic moment for the big screen. The filmmaker also revealed why Deepika Padukone was cast as Romi Dev in his film.

The Historic Win Scene Was Filmed In Five Days

Kabir Khan told the tabloid, "We shot for five days at the Lord's stadium in London, entering the membersonly Long Room where no camera had ventured before, the dressing rooms and locker rooms, then stepped out on the balcony where the World cup was presented to Kapil Sir'." (sic)

He further revealed, "They brought the real World Cup for Ranveer (Singh, who is playing Kapil Dev in the film) too. Overwhelmed, he broke down when I shouted 'Cut'."

Kabir Khan Also Narrated An Interesting Incident From The Sets

Speaking about who all were present on the sets when the iconic moment was shot, the filmmaker revealed, "Among those on the balcony was also Clive Lloyd's son who, like Gordan Greenidge and Malcolm Marshall's sons, is playing his father in the film. We had legends like Kapil Dev, Gavaskar to Vivian Richards dropping by. That day, Clive Lloyd, captain of the '83 West Indian team which had crashed to 140 all out to give Kapil and us an unlikely win, was there to support his son. When we urged him to come closer, he quipped that he didn't want to see the Cup being given away for the second time in his life."

"Look, for me, it was never a lookalike contest. For every character, I cast a person who matched the persona of the original. In the last few films, Ranveer's lived his roles. It's a rare gift he has, along with the effort he puts in. Even in our film, after 10 minutes you'll forget it's Ranveer on screen. With visual effects and prosthetics, I could have made him a replica of Kapil sir. But at the end of the day, it wasn't about the look but whether he was convincing playing a cricketer through 45 days. At times, even Kapil sir's daughter Amiya who is an AD on the film, would find it eerie," explained Kabir Khan.

On being asked if Deepika was cast because she and Ranveer are a couple, Kabir revealed, "No, she is a brilliant performer whom I have always adored and wanted to work with her. We are lucky she came on board not just as an actor but as a producer too. Romi ma'am is a significant part of Kapil sir's support system; Deepika embodies her energy effortlessly." 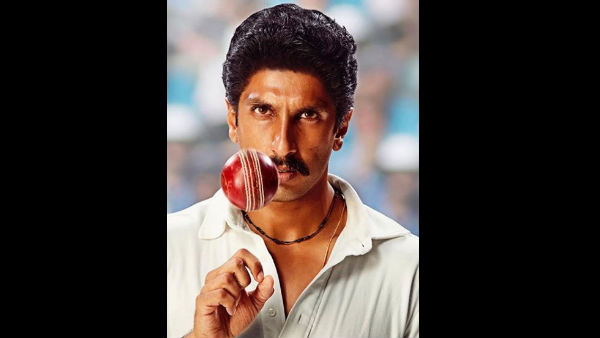