Rishi Kapoor who is currently stationed in New York for his cancer treatment, recently visited Anupam Kher in New York and lunched with him. His wife Neetu also accompanied him for the get-together. Kher is in the Big Apple to shoot for his TV show, New Amsterdam.

Meanwhile, Rishi who was missing home badly, got to have some home-cooked food at Anupam's house and later, even took to his Twitter handle to share a glimpse from the lunch.

The 'Jhootha Kahin Ka' actor was too happy to get some 'correct aate ka phulka' after a while and shared a picture captioning it as, "At Anupam Kher's apartment for lunch. Had the correct "aate(flour) ka phulka( Indian bread) after a while. Great food made by his man Friday Daddu." (-sic)

Anupam Kher too took to his social media page to share some picture and captioned them, "Guess who came for lunch? I was delighted to have @neetu54 #RishiKapoor along with Santosh at my house for lunch. As Neetu ji rightfully commented that we never thought we will meet like this at my place in NY. But then don't I always say #KuchBhiHoSaktaHai. Dattu was over the moon to specially cook for them." (sic)

When Rishi Got Candid About His Cancer Diagnosis

The actor told Mumbai Mirror, "When I first came here, everyone was worried for me. The problem was detected when I was shooting in Delhi and was required to dye my hair white. I was told to immediately rush to the Sloan Kettering Hospital. I came here with my hair still dyed white. When word got around that Rishi Kapoor had gone to New York for some kind of medical examination, rumour spread that I was so unwell that my hair turned white overnight."

Rishi Kapoor Is Getting Better With Each Passing Day

He said, "To counter this, whenever friends of mine came to see me, they posted pictures so people could see what Rishi Kapoor really looked like. Thankfully, my health started improving, week after week, month after month. I had lost 26 kg as I had no appetite for the first four months. Now, I've gained seven-eight kilos. I don't want to look too lean, but I haven't gone back to my original self either. Thank God for that."

The Actor Will Soon Return To India

"I can now reassure everyone that the cancer is in remission, I just need a few more weeks before I return home. Once in a year or a year-and-a-half I have to come back [to the US] for check-ups," Rishi was quoted as saying. 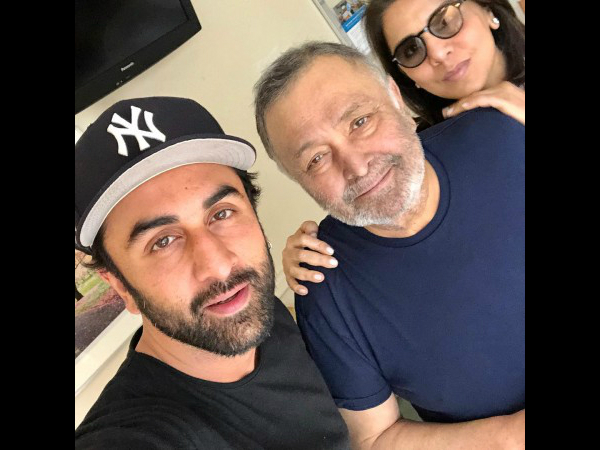 Rishi Kapoor Opens Up About His Battle With Cancer: 'It's Been A Difficult Time'