Since the last few weeks, Taapsee Pannu and Bhumi Pednekar have been sharing stills from their upcoming film, 'Saand Ki Aankh' which is inspired by world's oldest sharpshooters, Chandro and Prakashi Tomar. The makers have now unveiled the trailer of the film.

'Saand Ki Aankh' revolves around Chandro (Taapsee Pannu) and Prakashi (Bhumi Pednekar) who pick up who pick a gun at the age of 50 for the sake of their daughters in the hopes of encouraging them towards a bright future and protecting them from a life of suppression. The rest of the plot revolves around how they discover their own skill of being exceptional shooters. We must say, the trailer is impressive right from the word 'go'.

"Both Bhumi and Taapsee have put their heart and soul into the characters right from the initial prep to the training and their looks. The film is the perfect platform for them to reach their true potential as powerhouse performers," director Tusshar Hiranandani shared in an interview.

Earlier, the poster of the film received flak for casting two young actors to portray 60-year-olds. Taapsee reacted to the criticism in an interview and said, "I was pretty surprised and laughed at it thinking, no one questioned me when I played a college girl at 30. Nobody questions when these big actors portray college characters being triple the age. At that time nothing happens."

She further added, "It's so strange that two actresses, at the prime of their careers, decided to look more than double their age, where today an actress always wants to look younger and younger. We decided to look double the age. Instead of appreciating it, people are finding issues with it. It might not be mainstream enough for them to do, so they didn't do it. For me it was a kickass story and I wanted to do it." 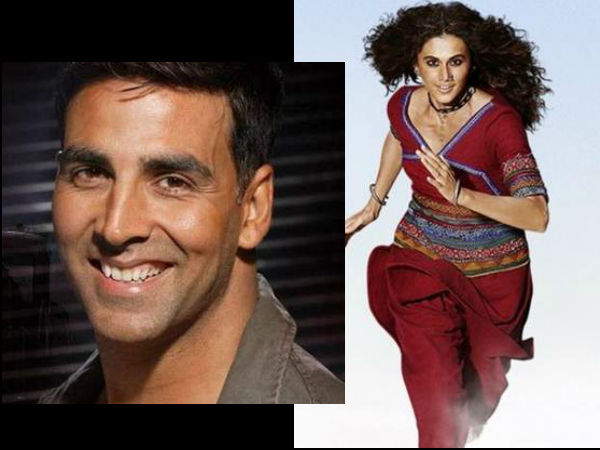