There was a great anticipation around Salman Khan's Tubelight when it released in 2007. Set in the 1962 Indo-Sino war, the film was an official adaptation of 'Little Boy'. Unfortunately the film failed to set the cash registers ringing at the box office.

Salman Khan who is known for his candid confessions recently opened up about the film's failure during the promotions of his upcoming production 'Notebook' which marks the debut of Zaheer Iqbal and Pranutan Bahl.

Salman Believes Tubelight Shouldn't Have Been An Eid Release

"Like for Tubelight, I did say that yeh Eid hai, people are going there to you know, chill kar rahe hai, masti vasti karne jaa rahe hai, and they are going to have a great time, Celebratory film hai, festival hai aur hume pata hai yeh script kya and that this film should not be Eid release."

Salman Had Advised The Makers To Push Ahead The Release Date

He further said, "So they were like no no, we have got the date, how can we miss Eid. I said Eid date hai but yeh nahi ki yeh picture Eid par aana chahiye, who date chodo, aage chalo."

The Actor Regrets The Decision Made By The Makers Of Tubelight

"But at that time I should have put my foot down because jab log aae nikal kar toh who celebrate karne gaye the but sab rote rote aaye hai."

The Release Of Tubelight Was Wrong

He further added, "It should not have been released on any festival but a nice Friday, Friday ki date ko hona chahiye tha and now when people see it on satellite and digital they love the movie so the release of Tubelight was wrong."

Salman will be next seen in Ali Abbas Zafar's Bharat which also stars Katrina Kaif. He also recently signed Sanjay Leela Bhansali's Inshallah where he would be sharing screen space with Alia Bhatt for the first time. 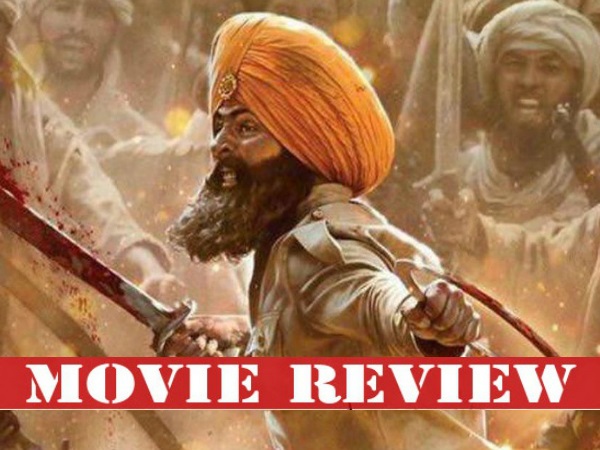 Kesari Movie Review: Akshay Kumar Triumphs As A Braveheart But Is Let Down By Tedious Writing!