In 2014, producer Sajid Nadiadwala made his directorial debut with Salman Khan-Jacqueline Fernandez starrer 'Kick'. The film was a smashing hit at the box office. Five years later, he is now back with a sequel. A Mumbai Mirror report stated that Sajid recently finished the first draft of 'Kick 2' and is planning to roll the film next year.

While there has been a constant buzz around 'Kick 2', the latest updates on the sequel will surely leave all fans excited!

The First Draft Of 'Kick 2' Is Ready

A source close to the production told the tabloid, "Since Kick was a much-loved film, Sajid and his writing team is taking things extremely slow, to ensure that part two lives up to the expectations of the audience. There have been several brain-storming sessions to lock the premise of the story, which carries forward the franchise. They have finally zeroed in on the idea."

"The character is deeply layered. There's a lot about him that has been left to explore. Devil's character is extremely unpredictable. That is precisely what makes his role all the more unique. Sajid will further explore this side of the character in part two," revealed a source.

Salman Khan Is Quite Excited For Kick 2

"Salman and Sajid are constantly in touch-the discussion is mostly about Kick 2. Both of them are extremely keen and eager to team up again. Sajid has discussed the basic premise of the film with him, and Salman Khan is quite kicked about the project. The shooting spots will be decided as per the demand of the script. Much like part one, even the sequel will be set in India and abroad."

"It's a nostalgic day for me. I have started penning down the second installment. The first draft is ready. The second draft is in its initial stage. I'm excited for this journey to begin as much as fans are to witness it. The Devil will return soon."

The Director-producer Shares An Interesting Trivia About Salman

Sajid revealed that it was Salman Khan who insisted him to direct the film. "Before I could even confirm my decision, Salman had already tweeted, ‘The Grandson is the new director of Kick," he was quoted as saying by Mirror. 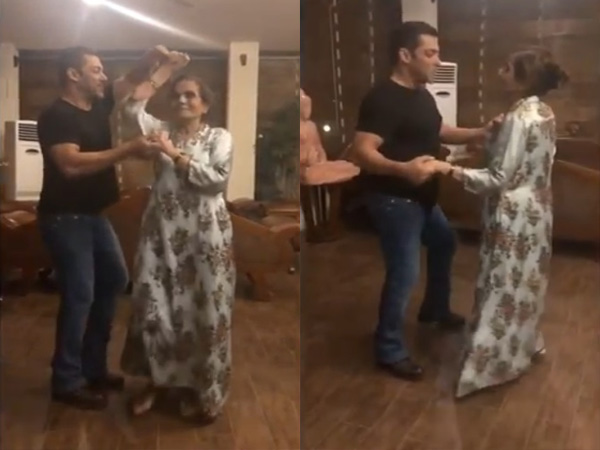 This Video Of Salman Khan Dancing With His Mother To Sia's 'Cheap Thrills' Is Too Cute To Handle!