Salman Khan Snapped At The Airport

Salman Khan was returning to Mumbai city on Tuesday early morning when he was snapped by the paparazzi. Salman looked very cool as usual in a grey sweatshirt which he teamed with black denims and a pair of black sneakers. On the work front, Salman will next be seen in Bharat, in which he will star opposite his ex, Katrina Kaif.

Varun Dhawan was spotted at a dance studio on Tuesday afternoon, and he smiled for pictures when he was snapped. Varun was in a casual avatar wearing a black t-shirt with dark grey denims. Varun has been filming for Remo D'Souza's dance film, Street Dancer 3. He will be seen opposite Shraddha Kapoor in the movie.

Sanya Malhotra Heads Out For Dinner

Sanya Malhotra headed out for dinner on Tuesday night when she got papped. Sanya smiled a dazzling smile, looking pretty in a casual avatar. She was wearing a dark green button down top with high rise black shorts, and black loafers. Sanya's film Photograph hit theatres just last week. She has stared opposite Nawazuddin Siddiqui in the movie.

Tiger Shroff and film music composer Tony Kakkar were snapped together on Tuesday evening. Tiger sported a casual look, wearing a crimson red zip up vest hoodie with black sweatpants. Tony, on the other hand, looked cool in a white t-shirt with a black leather jacket and black ripped denims. 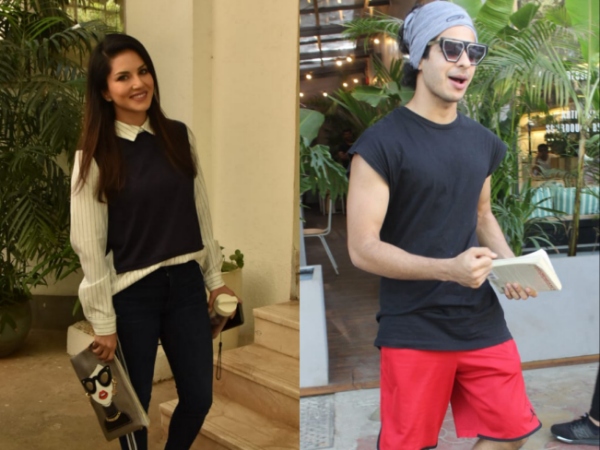 MOST READ: Ishaan Khatter Clicked At A Popular Restaurant; Sunny Leone Snapped At A Dubbing Studio