Salman Khan and Sanjay Leela Bhansali were all set to team up together after a long gap of nearly twenty years for 'Inshallah'. What made the project even more interesting was that the superstar and Alia Bhatt were to share the screen space for the first time in this movie.

Unfortunately, the fans were in for a disappointment when Salman dropped a tweet about the film being shelved. The superstar wrote, "The film with Sanjay Leela Bhansali is pushed but I will still see you all on Eid, 2020. Insha-Allah!!". Soon, several speculations started doing the rounds about why the project failed to materialize. However, the makers remained tight-lipped about it.

Soon, Salman confirmed that he is no longer a part of the film. At the red carpet event of IIFA awards, the 'Bharat' actor said, "Currently, 'Inshallah' is not being made. Inshallah will be made but at least not with me."

During a recent interaction with PTI when asked if there's any bad blood between him and Sanjay Leela Bhansali, the actor said, "Sanjay is a very dear friend of mine and he will always be. 'In-shaa-allah' means god willing. I don't think God was willing at this point of time."

Earlier in an interview with Hindustan Times, Salman was quoted as saying, "One thing I can say is that Sanjay won't do gaddaari with his film. I want him to make the film he wants to make. Nothing changes between us as friends and I'm sure nothing has changed in Sanjay's heart for me. I'm extremely close to his mother (Leela) and sister (Bela). I wish him all the best. He and I will still work in future on a film, Inshallah."

Meanwhile, Alia too had expressed her disappointment over the film being shelved and was quoted as saying, "I was very excited to work with Sanjay Leela Bhansali, of course very excited to work with Salman as well. I believe that sometimes things just happen and it's not in your control. That way there's a saying that if you want to make the God laugh then tell him about your plans because plans never really go 'as per plan.' But I can give it you in writing that I am going to work with Sanjay Leela Bhansali very soon."

After Salman's exit from the film, rumours are rife about the makers being in talks with Hrithik Roshan for replacing him. Will the 'War' actor give his nod to Sanjay Leela Bhansali's 'Inshallah'. It looks like we will have to wait and watch. 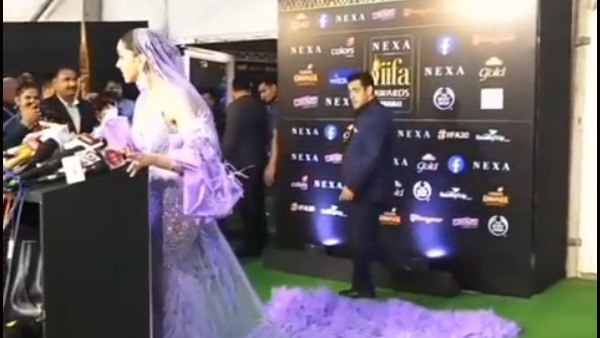