Salman Khan and Priyanka Chopra were all set to reunite on the big screen for Ali Abbas Zafar's Bharat. Fans were excited to watch them together after a long gap. However at the last minute, Priyanka Chopra backed out from the film citing she was planning to marry her beau Nick Jonas. Soon, the makers roped in Katrina Kaif to play Salman's leading lady.

In an interview with Indianexpress.com, the superstar recalled the entire conversation he had with Priyanka Chopra in his house when she said she wanted to quit the film in front of Arpita Khan.

Priyanka Told Salman She Was Planning To Marry Nick

Salman Said He Was Ready To Adjust The Shooting Schedule

"So I asked her, 'Are you going to make your own clothes? That will be done by your designers anyway. You just need to be present on those two-three days.' She said, ‘No no. I don't know which days.' I replied, 'Whichever day it is, we will work up and down.'"

This Is What Salman Has To Say About Priyanka's Exit

"Usually, some people say that they would get married a year later, after finishing a project. But she chose to get married, which, I think, is outstanding."

Is Salman Still Open To Working With Priyanka?

"Of course, why not! Priyanka must have also had thought that since she was taking a call five days before the schedule started, I might get pissed off. I might never work with her, all that stuff! Woh sab Priyanka ke dimaag mein aaya hoga. (She must have thought about all of this) In spite of that, she took the call." 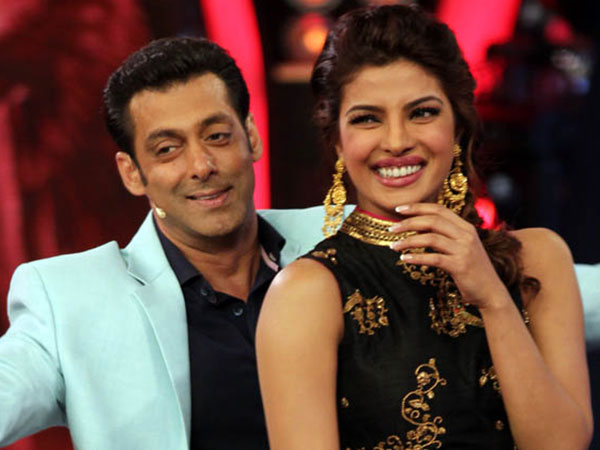 Salman Khan On Priyanka Quitting Bharat: She Did What She Wanted & Katrina Got What She Deserved