Salman Khan is currently busy shooting for Dabangg 3 in Maheshwar, Madhya Pradesh. Apart from this film, the superstar will also be seen in Ali Abbas Zafar's Bharat. Ever since the makers dropped the official teaser of the film, there has been a lot of buzz surrounding this Salman Khan starrer.

Recently, the film's co-producer Atul Agnihotri took to his Instagram page to share a candid shot of Salman from the Malta schedule of the film. Have a look at it here.

The picture features Salman dressed in an off-white pajama posing the cool blue backdrop of the Malta sea and we must say, it's such a picture-perfect moment.

While everyone is eagerly waiting for the makers to release the trailer, Salman has already watched it. Speaking about it, the actor recently said, "I saw it. You guys will see it very soon. I think now only you will see it in sometime. It's outstanding!"

Calling Bharat his most challenging film till date in terms of scale and story, Ali Abbas Zafar had told a leading magazine, "I hope we can do justice to it. Everyone, from the cast and the crew is working together to bring the best film out on Eid, 2019. We're not leaving any stone unturned."

It Was Salman Who Convinced Ali To Make This Film

"Though I loved the script, I told him, ‘Bhai, I'm not good at adaptations because till the time I don't write my own stuff, I don't know whether I'll be able to direct it well."

But when they were filming for Tiger, Salman asked Ali about the film once again. "I shared what I had in mind and why I wanted Bharat as the title. He said it worked for him. That's how Bharat happened."

"It's a different film for both of us. Something Salman's gonna push himself hard to get right. That's exciting because the film is unexplored territory," Ali had said.

Helmed by Ali Abbas Zafar, Bharat has a promising ensemble cast which includes Salman Khan, Katrina Kaif, Disha Patani, Tabu, Jackie Shroff and Sunil Grover. Varun Dhawan will be seen in a cameo in the film. Bharat is slated to release on Eid 2019. 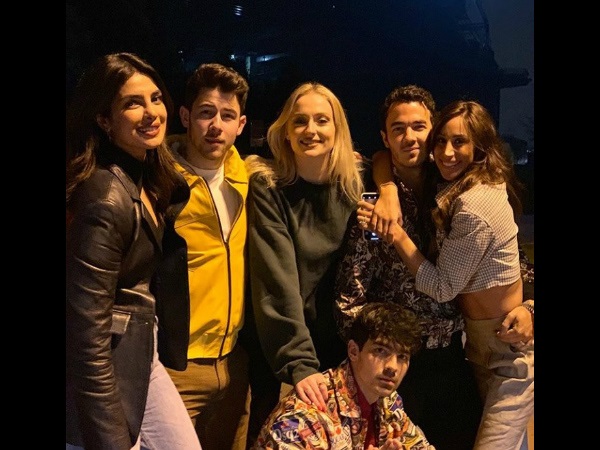