When it comes to star kids, Taimur Ali Khan is hands down, the cutest one and always paparazzi's favourite. With his smiling face and cute antics, the little muchkin always brightens up our day. From his casual outings to his playdates and playschool moments, Taimur's pictures never fail to go viral on the internet.

Well it's not just us, even Taimur's half-sister Sara Ali Khan too is quite fond of him and had some really adorable things to say about him in her latest interview with Vogue magazine.

Sara Opened Up About Taimur

The actress told the magazine, "To be honest, I don't get to see Taimur very often but every time I do he's a bundle of happiness."

Taimur Is A Sunshine

She further continued, "When Taimur is happy, the whole room is happy. He is my blood and the source of my father's joy."

Taimur Is The Most Popular Person In Their Family

"He walks out of the house and it makes news. While we have to work hard for it," the actress had earlier said in one of her interviews.

Coming Back To Her Interview With Vogue

Sara said, "I have two happy homes." Despite her parents' divorce, the actress never felt the distance between herself and her father.

"For him, taking a step like Sacred Games is so admirable. He doesn't care about what people have to say. He's just out there to do his work to the best of his abilities. He and I would agree that he's doing his finest acting now."

As a father, "he's always just a phone call away... I am very thankful to Kareena [Kapoor Khan] because she makes my father happy."

Sara On The Similarities Between Her & Her Dad

"He's a lot like me-we're both readers, we both like history, we're both travellers. He is 25 years older than me, which isn't a lot. I am right in between the age gap of Taimur [Ali Khan] and my father."

The Actress Also Opened Up About Her Equation With Her Mother

"My mother is the reason I am aware of who is who in my life. She's my reality check," Sara was quoted as saying.

On the work front, Sara will be seen opposite Kartik Aaryan in Imtiaz Ali's next film. 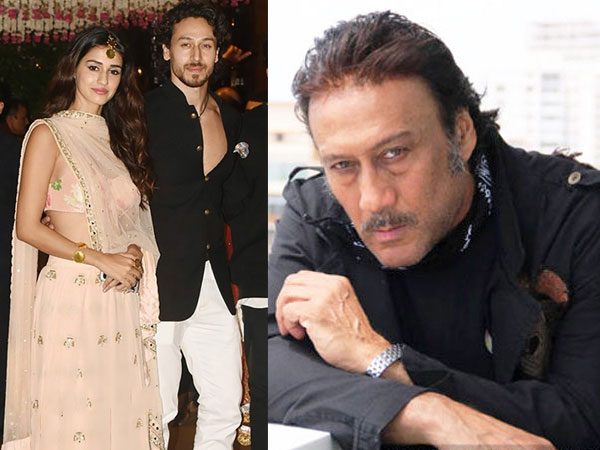 Jackie Shroff Is Happy That Tiger Shroff Has Found A Girlfriend; Is He Hinting At Disha Patani?