Saif Ali Khan and Amrita Singh may have parted ways but, their daughter Sara Ali Khan continues to share a close bond with both her parents. The 'Simmba' actress also has an amazing and comfortable equation with her stepmother Kareena Kapoor Khan.

In her latest interview with Hello! magazine, Sara opened up about Saif-Kareena's marriage and how her mother Amrita Singh ordered the most beautiful lehenga for her to wear to their wedding.

This Is How Sara Reacted After Saif-Kareena's Wedding

Sara was quoted as saying by the magazine, "When my father just got married to Kareena, I remember going to the locker with my mother and taking out jewellery and saying which jhumkas should I wear?"

Amrita Ordered The Most Beautiful Lehenga For Sara

She further added, "She called Abu and Sandeep and said, "Saif is getting married and I want Sara to have the most beautiful lehenga."

Sara Ali Khan On Her Equation With Kareena

Earlier when the actress attended Karan Johar's 'Koffee With Karan' with her father Saif, she had opened up on her equation with Kareena. "Everyone has been clear about their dynamics with me. It has never been confusing. Kareena herself was saying and still says that ‘look you have a mother and a great one and what I want is for us to be able to be friends," said the actress.

Sara will be next seen in David Dhawan's 'Coolie No 1' where she will be sharing screen space with Varun Dhawan for the first time. The film is a remake of Govinda-Karisma Kapoor starrer by the same name. 'Coolie No 1' is slated to hit the theatrical screens on May 1, 2020. 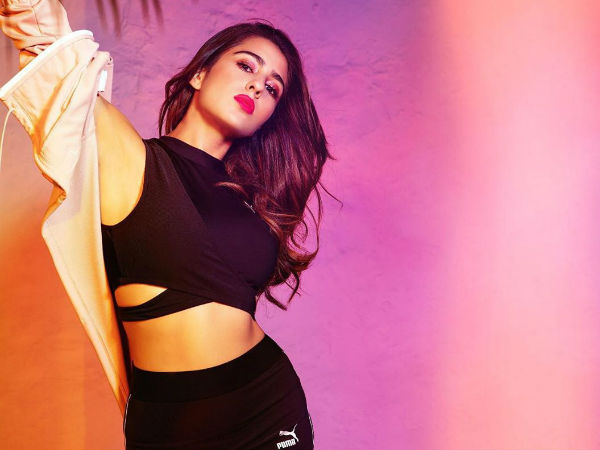